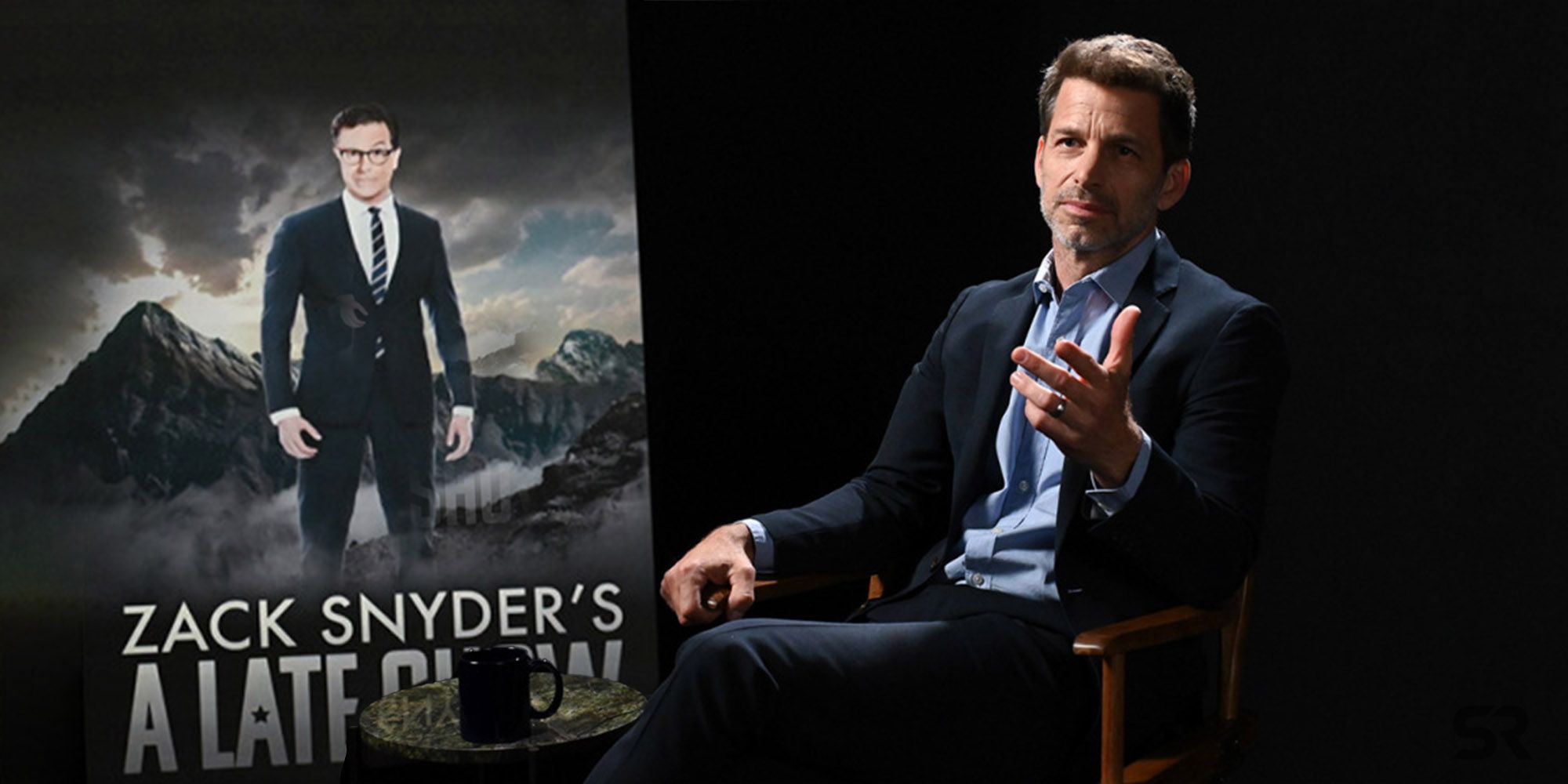 Zack Snyder took some time out of his busy schedule to direct his own version of The Late Show With Stephen Colbert this week. With the recent release of both Zack Snyder’s Justice League and his Army of the Dead movie for Netflix, Snyder has been fairly busy in the past year. And that does not even take into account the time he has spent talking to the media.

The most pressing question for Snyder of late has been his treatment by Warner Bros. while making the Snyder Cut of Justice League. In the past few months, he has spoken about a turbulent relationship with the studio, who were not all that happy with the end result of his DCEU projects and seemed even less happy to be giving him money to redo Justice League. Fortunately for Snyder, his latest film was released by Netflix and he seems to be enjoying the freedom of building his own world and not carrying to burden of a comic-book franchise anymore.

Which makes it even more entertaining to spot the Tweet from the A Late Show account where Snyder spoofs himself and Warner Bros by “directing” a dark and gritty episode of The Late Show With Stephen Colbert. Colbert and his crew are more than game for their own “Snyder Cut,” which opens up with the main Late Show logo on a darkened, lightning filled sky. The segment is mainly comprised of interviews of Colbert and Snyder discussing the making of the “episode” as they alternatively insult and praise the other’s skills. Later on in the clip, both Colbert and Snyder tell Warner Bros. to “suck it.” There are also a number of amusing jokes about expensive CGI used for no real effect, and a fun bit where they dressed up Jon Batiste as a zombie and he proceeded to attack and bite Colbert. Check it all out below:

The first of the two highlights has to be the moment where Snyder decides to throw a knife at Colbert across the stage from his director’s chair. Colbert manages to see it coming, Flash-style, dodging out of the way in slow-motion while blue lightning flashes around him, mouthing “What the f-” as he does so, and then cutting to an interview talking about all the blood he lost that day. The next is Colbert dressed in the future Batman costume as they cut his image into the future scene from the end credits of Zack Snyder’s Justice League. Colbert looks so ridiculous in the outfit that it is a wonder he or anyone else there was able to keep a straight face. Honorable mention would have to be the director calling out of Warner Bros. in the spot, which seems to show that Snyder just truly does not care about working with them anymore.

It is very endearing when an artist is able to poke fun at themselves, and Snyder gets a lot of credit for doing this spoof on The Late Show With Stephen Colbert. While his DCEU films may have been hit or miss with a lot of people, at the very least, he has shown himself through all the controversy of late to be a passionate filmmaker who can still have a sense of humor about themselves. That is likely exactly what he needed in order to deal with everything he went through since signing on for Man of Steel back in 2010.