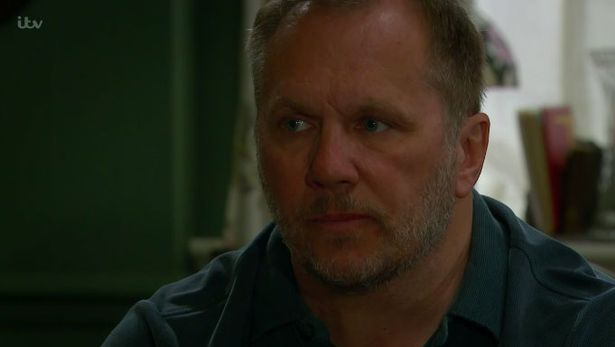 Emmerdale’s Will Taylor appeared to drop a massive hint that he is the one who has been drugging Kim Tate all this time.

During Thursday’s episode of the ITV soap, Kim (Claire King) finally realised that someone has been spiking her brandy after she offered Lydia Dingle a drink – which ended up making her ill.

It’s been revealed that Kim will find out who the culprit is in upcoming scenes next week, and Will (Dean Andrews) is certainly a suspect.

He and Kim enjoyed a fling recently and he’s been in Home Farm on several occasions recently.

During the latest instalment, Will was seen telling his daughter Dawn (Olivia Bromley) that he is waiting for the perfect opportunity to get revenge on his ex-lover.

Another tweeted: “Great way of Kim discovering that she’s been poisoned! #Emmerdale.”

And one viewer advised: “#Emmerdale check the cctv footage kim GO THROUGH IT ALL SLOWLY.”