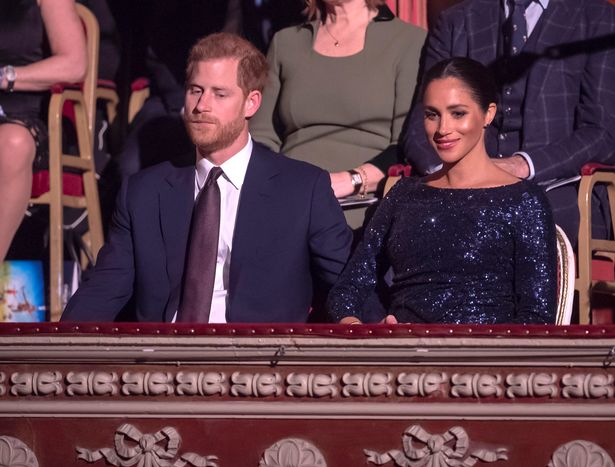 Prince Harry has labelled mental health and climate change as “the two most pressing issues” society is facing in a bonus episode of his Apple TV series with Oprah Winfrey.

Speaking in the “town hall” style episode which was released on Friday titled The Me You Can’t See: A Path Forward, Harry and Oprah spoke to experts in mental health around issues including self-harm and suicide..

Earlier in the now six-part docuseries, the Duke of Sussex had admitted that he was “somewhat ashamed” of the way he dealt with wife Meghan Markle telling him she had suicidal thoughts.

The Duchess of Sussex opened up to her husband about her thoughts before a charity event at the Royal Albert Hall in London in 2019.

He described the moments she told him.

“Because of the system that we were in and the responsibilities and the duties that we had, we had a quick cuddle and then we had to get changed to jump in a convoy with a police escort and drive to the Royal Albert Hall for a charity event.

“Then step out into a wall of cameras and pretend as though everything’s okay.”

Harry went on to pick up on a point raised by Jo Robinson, head of suicide prevention research at Orygen, about how important it it to openly discuss suicide and self-harm.

She told the former royal that such communication helps give voice to something that’s “terribly distressing and terribly frightening for them to talk about”.

The duke said: “I think it’s so interesting because so many people are afraid of being on the receiving end of that conversation (about suicide) because they don’t feel as though they have the right tools to be able to give the right advice but what you’re saying is you’re there.

“Listen, because listening and being part of that conversation is, without a doubt, the best first step that you can take.”

Speaking to co-producer Oprah earlier in the show, Harry confessed: “I believe even more that climate change and mental health are two of the most pressing issues that we’re facing and, in many ways, they are linked.

He continued: “We have to create a more supportive culture for each other where challenges don’t have to live in the dark, where vulnerability is healthy and encouraged and, of course, where physical and mental health can be treated equally because they are one.”

The Me You Can’t See is available to stream via AppleTV+ now.

*If you are struggling with mental health, you can speak to a trained advisor from Mind mental health charity on 0300 123 3393 or email [email protected]