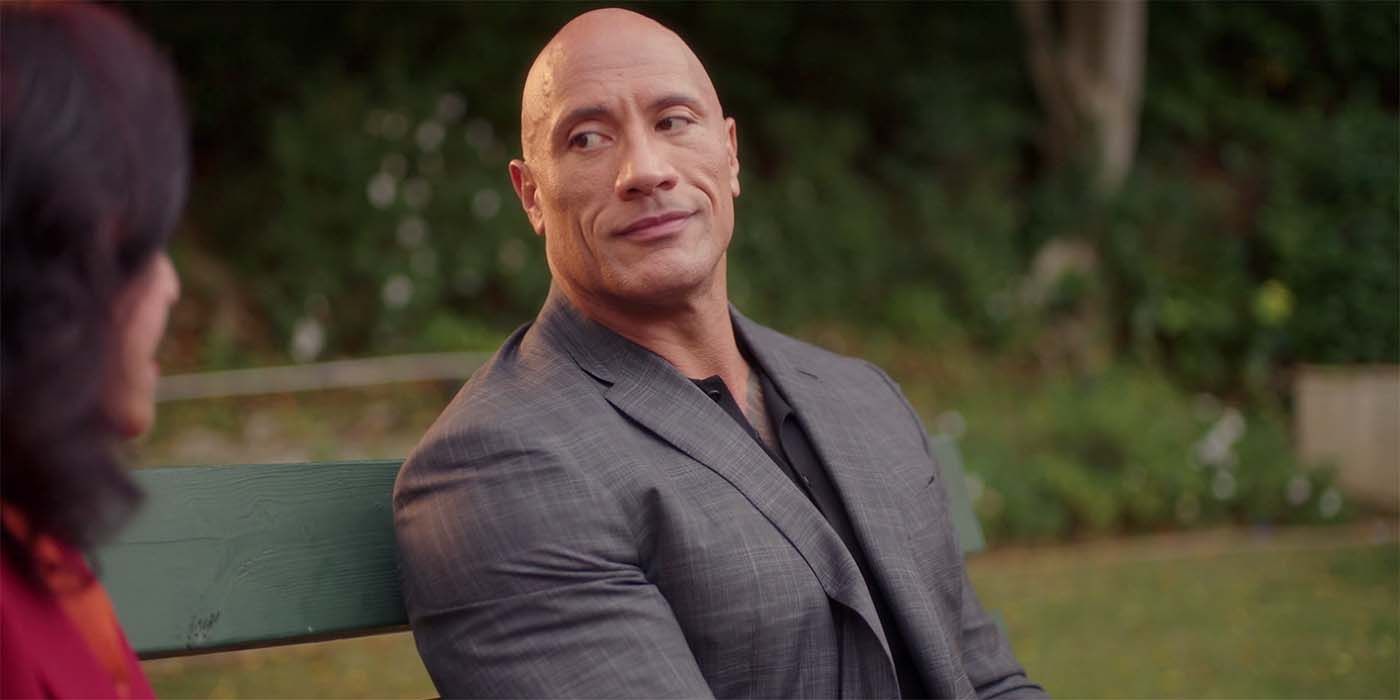 The emotional moment between Dwayne Johnson and his mother in the season 1 finale of Young Rock was unscripted. Co-created by Dwayne Johnson and Nahnatchka Khan, the NBC sitcom focuses on different periods in Johnson’s life while also shedding light on those who helped him along the way. Stacey Leilua and Joseph Lee Anderson star as Ata and Rocky, Johnson’s mother and father, respectively.

Throughout the first season, the series has devoted space to examining Johnson’s immediate family. It has shown Ata’s struggles to provide for her family, in addition to Rocky’s desire to relive his glory days as a WWF wrestler. It’s also highlighted Lia Maivia (played by Ana Tuisila), and her approach to being a wrestling promoter. Ending on a bit of a cliffhanger, Young Rock season 1 heavily hinted that Johnson won the presidential election in 2032. Towards the end of the episode, the real Ata appears to have a warm conversation with her son. It includes a tribute to Rocky, who died suddenly in January 2020.

Johnson posted a clip of the scene on his Instagram, explaining in the post’s caption that he went off-script during a key moment to express how much he missed his father’s presence. That, in turn, caused Ata to forgo the script and speak from the heart in a deeply emotional moment. You can check it out below.

Knowing that Johnson’s father passed away recently and explicitly including that in the show puts the flashbacks of Young Rock and the anecdotes the sitcom has underscored in a different light. The loss of a loved one, and perhaps especially a parent, is a fundamentally transformative experience in obvious ways and others less so. It’s common to be going through a day, and even being engrossed in something, only to be reminded of a sentiment that went unsaid or a particularly fond memory. In this sense, the series could have provided an avenue for its lead star to work through some of that grief.

And judging by the comments to Rock’s reveal, including from former WWE star Zelina Vega, who also lost her father, the unscripted exchange tapped into a universal feeling. This might’ve been the most important factor to what ultimately endeared audiences and critics to Young Rock in its first season. Although the jokes weren’t always as funny as they could have been, along with an often-distracting presidential election subplot, the focus on the dynamic between the Johnson family was always a strong point. Considering that, just like in the show, Ata knew exactly what to say to her son and it’s plain to see their dynamic stems from a very real place.