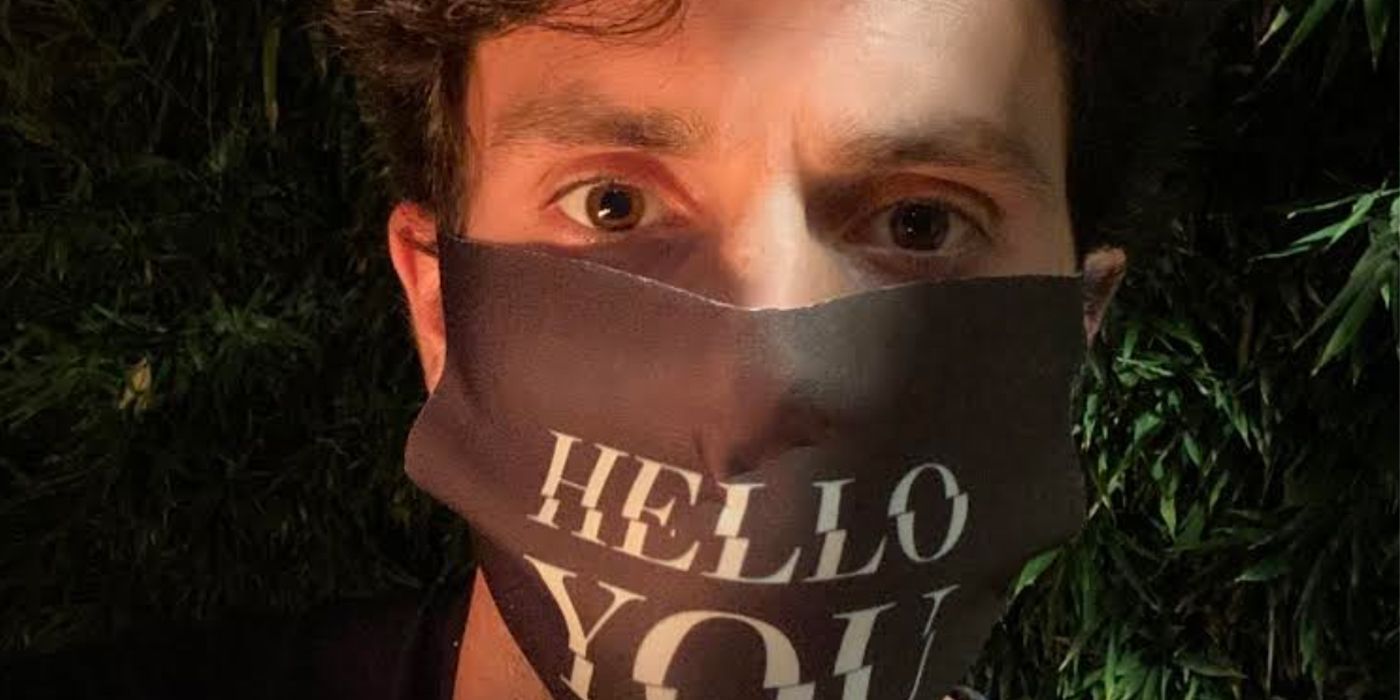 A new photo from the set of YOU season 3 teases the return of series protagonist Joe Goldberg as filming kicks off. Based on a series of novels by Caroline Kepnes, Netflix’s YOU stars Penn Badgley as Joe, a serial killer who obsessively stalks and tries to win over a different love interest each season by eliminating anyone who stands in his way. Joe first targets Guinevere Beck (Elizabeth Lail) in New York in season 1 before setting his sights on Love Quinn (Victoria Pedretti) in Los Angeles in season 2. Though it received limited exposure when originally broadcast on the Lifetime network, the show exploded with popularity when it hit Netflix in late 2018. Both seasons so far have been praised for their soapy, addictive storylines and Badgley’s perversely charming performance.

YOU was renewed for season 3 back in January, with Badgley and Pedretti set to reprise their roles. Just a few weeks ago, Netflix also announced a slew of fresh faces joining season 3: Scott Speedman, known for playing Michael in the Underworld franchise, Shalita Grant, who played FBI Agent Tess Rogers on Santa Clarita Diet, and Travis Van Winkle, who appeared in the 2009 remake of Friday the 13th. Now fans are getting yet another update on YOU season 3.

Netflix tweeted that YOU season 3 has officially resumed production, along with a photo of Badgley donning an appropriately creepy face mask reading “Hello You.” The tweet facetiously plays on social distancing measures and Badgley’s sociopathic character by telling fans to stay away from Joe Goldberg at all times. See Netflix’s announcement and set photo below:

Pending any more COVID-related shutdowns, production on YOU could wrap sometime in April 2021. If the cast and crew can stick to that timeframe, fans should hopefully see new episodes by the end of next year and discover exactly what will happen to Joe in YOU season 3 following an explosive and twisty season 2 finale. Joe has had several close calls in the first two seasons, most recently involving his ex-girlfriend Candace (Ambyr Childers) showing up out of the blue to expose him. While the third season will likely center on Joe’s new target (as indicated in the final shot of the season 2 finale), fans are also waiting for the inevitable shoe to drop in terms of Joe finally being outed as a methodical serial killer.

YOU‘s rabid popularity further illustrates the “Netflix bump” that many shows get when they hit the streaming service or are outright bought by the company entirely. YOU started on Lifetime in September 2018 but didn’t really gain steam until Netflix snatched it up two months later. Schitt’s Creek, which first aired on Canadian network CBC, only became an unprecedented sensation once it dropped on Netflix, which eventually led to its historic Emmys sweep this year. All of this undeniably shows the level of power Netflix wields over the TV landscape, not just in terms of garnering awards but in turning a relatively obscure show into a cultural touchstone.