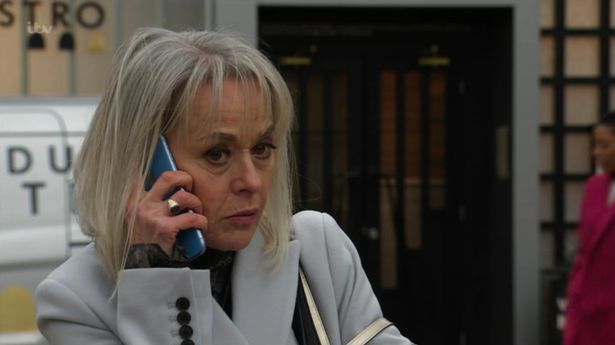 Coronation Street ‘s Sharon Bentley revealed she does indeed have a secret motive for returning to Weatherfield after she took a shady phone call in Friday’s episode.

She told a mysterious person on the phone: “You will get what you want soon enough,” after being offered the chance to move in with Jenny Connor.

She has reconciled with foster mum Rita Tanner after 22 years, nominating her for an award and offering her a £10,000 cheque to atone for the mess she left Rita in with The Kabin all those years ago.

But Jenny and Gemma did not trust Sharon was back for the right reasons, and neither do viewers – with some even making a dark prediction about Leanne Battersby.

Many viewers also think Sharon is even lying about having battled cancer, as well as her tale about her husband Ian leaving her for a woman he met online.

What is Sharon hiding, and why is she really back on the cobbles?

* Coronation Street airs Mondays, Wednesdays and Fridays at 7.30pm and 8.30pm on ITV.