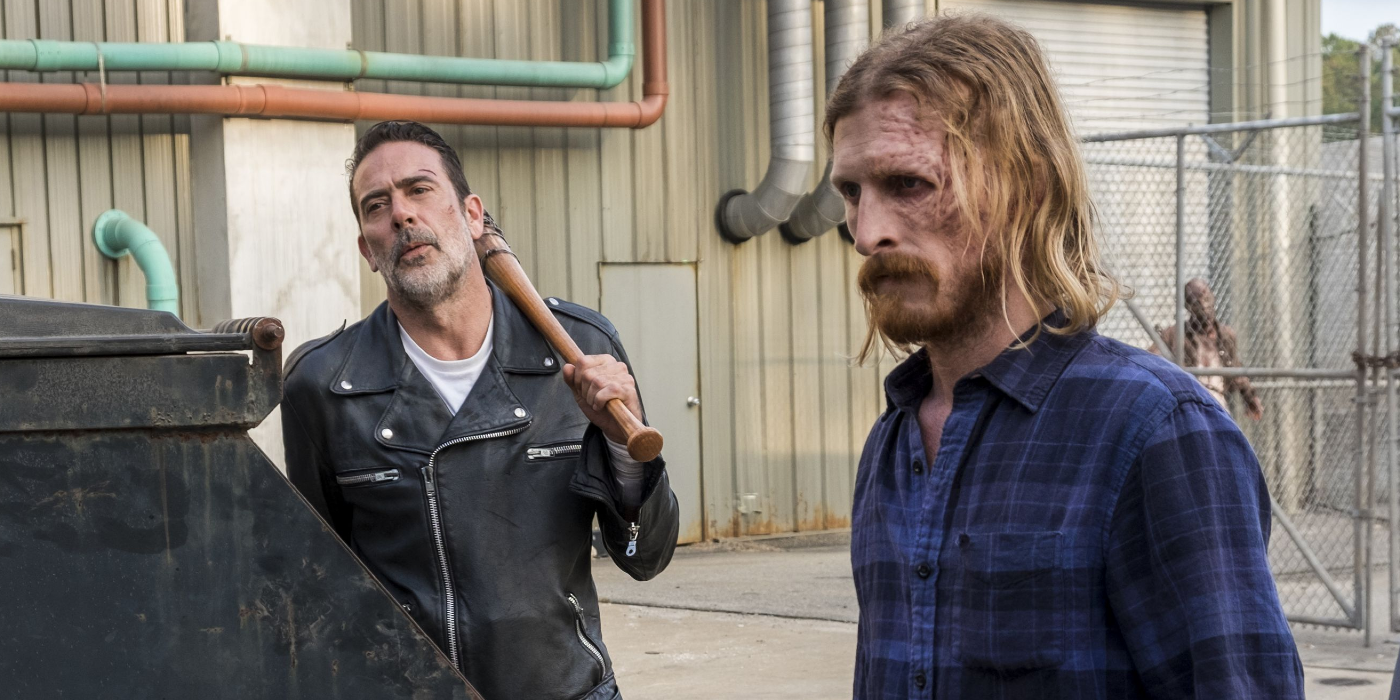 Instead of adding Dwight into the mix, bringing Laura back to The Walking Dead was an interesting move. The character was killed off by Beta (Ryan Hurst) earlier this season. Giving Negan’s backstory this new component altered Laura’s story, and changed the trajectory in Lucille’s death adding an empathetic, yet edgy, element to the season’s final episode. And given the fact that the idea of doing a backstory episode devoted to Negan has been swirling for some time, switching things up added a welcome energy to the season, which has already brought back some exciting Walking Dead feels, and took away some of the predictability that has plagued the long-running show’s formula.

It’s certainly understandable the disappointment die-hard The Walking Dead fans may have experienced upon viewing “Here’s Negan.” But one thing the AMC series has made a reputation of over the past decade is the openness the writers and producers have in taking creative liberties with the subject matter the show is based on. While the landmark series that sparked the network’s growing undead universe is coming to an end, it’s fair to speculate that, in leaving certain benchmark moments from the comic untouched, there’s a possibility future spin-off projects, like those highly-anticipated Rick Grimes movies, could take these proverbial batons and run with them, resuscitating the ancillary characters’ storylines that were originally left to simply parish at the hands of The Walking Dead on Kirkman’s paneled page.