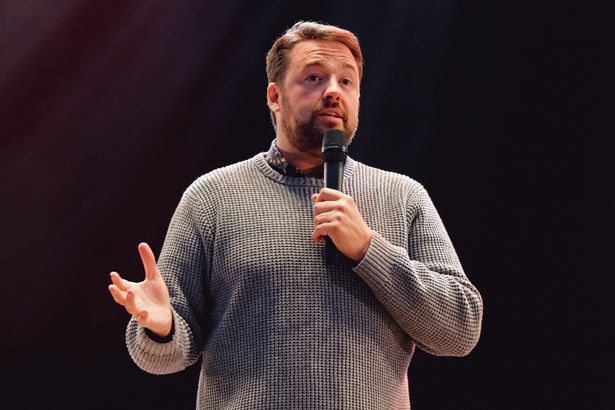 Jason Manford has reportedly bagged himself a role as a judge on ITV’s newest talent show, Starstruck.

The 39-year-old comedian, who also competed in The Masked Singer last year, is said to be completing the judging panel for the Stars In Their Eyes reboot alongside Sheridan Smith, Adam Lambert and ­Beverley Knight.

According to The Sun, Jason has vowed to have a laugh on the judging panel when filming begins on the show in a matter of weeks.

An insider speaking to the publication has revealed that the 8 Out of 10 Cats star is expected to have his co-stars in stitches during the show.

Just one week before reports revealed that Jason was joining the cast, it was also confirmed that iconic musician Beverley Knight would also be on the judging panel.

In the reboot, it is believed that four teams of three contestants will compete in each episode to win the votes of the judges.

The winning team will then go head to head against each other as solo artists to land a spot in the final – and for a chance to win £50,000.