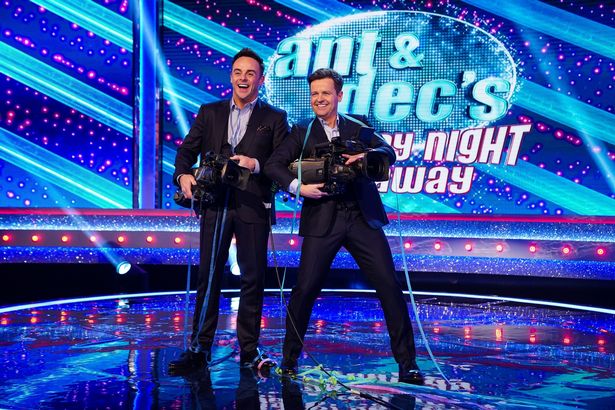 Ant and Dec have been teasing all about the first show of the new series of Ant and Dec’s Saturday Night Takeaway, as it returns to ITV this weekend.

The show is making its long-awaited comeback at a time when it really is needed – following the end of series two of The Masked Singer UK.

Ant McPartlin and Dec Donnelly return to host the ITV series, which is going to be a little different this year due to the coronavirus pandemic.

But the guys promise to bring the usual laughter, action and epic scenes with a plenty going on during the 90 minute episodes every Saturday.

The usual audience segments are still planned too, including giveaways and the classic game of Win the Ads.

It may be very strange for Ant and Dec not to be running around the studio all evening before shoving a microphone in an unsuspecting audience member’s face, but we’re sure they have other things planned to still surprise the nation.

But the show will definitely be live, while there will obviously be pre-filmed segments too as always including hidden camera moments and pranks.