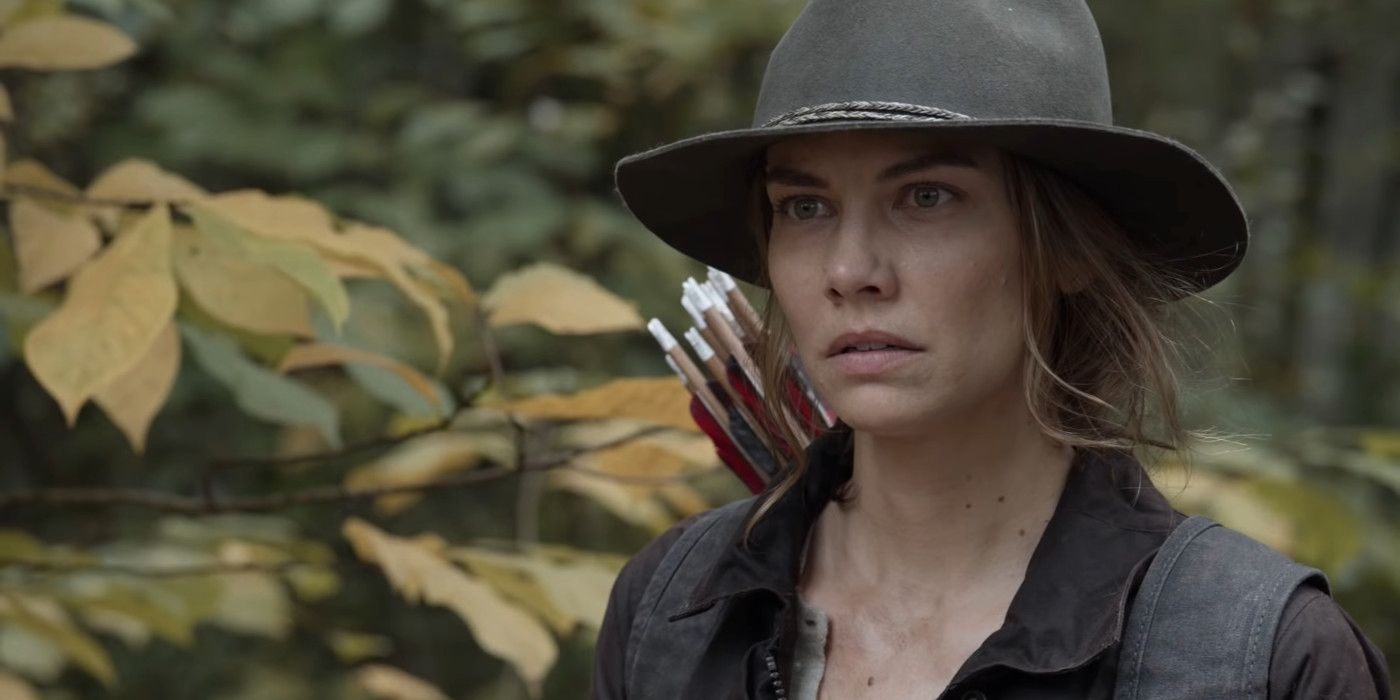 Maggie comes face-to-face with her old nemesis Negan in a tension filled new clip from The Walking Dead season 10. AMC’s long-running zombie drama was supposed to be heading into season 11 already, but COVID restrictions led to a change of plan and instead the show is set to unleash six bonus episodes extending season 10, with the eleventh season coming later in 2021.

The first of these six Walking Dead season 10 bonus episodes is indeed just one week away from being released, and already fans have gotten a good taste of what’s about to transpire. Entitled “Home Sweet Home,” the new episode focuses on Maggie (Lauren Cohan) who is officially back in the fold after briefly returning in last year’s season 10 not-really-finale. As previous clips have teased, it won’t take long for things to get tense between Maggie and Negan (Jeffrey Dean Morgan), and indeed previews have at least strongly implied that a showdown could be coming between the two old enemies.

The latest clip to be released by The Walking Dead ahead of the season 10C premiere is another hint that Maggie and Negan are headed for some kind of confrontation. In the clip, Maggie is talking to Judith (Cailey Fleming) as the two are casually strolling through the woods killing walkers. They soon come upon some of their fellow group members including Lydia (Cassady McClincy) and when a wagon moves out of the way, there stands Negan himself. Maggie is clearly taken aback by the sudden appearance of her nemesis, and realizing she might be about to kill him, Negan assures her that he didn’t escape. Needing a minute, Maggie wordlessly proceeds on her way, leaving Negan to utter an appropriate expletive. See the clip in the space below:

Negan being free is obviously a huge shock to Maggie, as he was still in jail when she left, and had not yet set upon his path to redemption. Maggie of course was always opposed to Negan being jailed in the first place, as she wanted to outright kill him as revenge for his killing of her husband Glenn (Steven Yeun), but Rick (Andrew Lincoln) insisted on keeping Negan alive as a means of achieving his deceased son Carl’s (Chandler Riggs) dream of peace between the warring factions. Now thanks to Carol (Melissa McBride) Negan is out, and the group appears to trust him after he took care of Whisperers leader Alpha (Samantha Morton) for them.

Clearly The Walking Dead wants fans to be in a state of suspense over whether Maggie will seek to gain delayed revenge for Glenn by killing Negan. On the one hand it’s hard to imagine Maggie ever forgiving Negan and accepting him as a member of the group after what he did to her beloved husband. On the other hand, Judith has become somewhat close to Negan (who also forged a bond with Carl) and perhaps that fact will cause Maggie’s vengeful feelings to be cooled. Either way, things figure to be very awkward between Maggie and her husband’s killer at least for awhile, leading to some simmering moments of tension throughout the remainder of The Walking Dead season 10 and on into season 11. Whether that final showdown comes between the two characters remains to be seen.