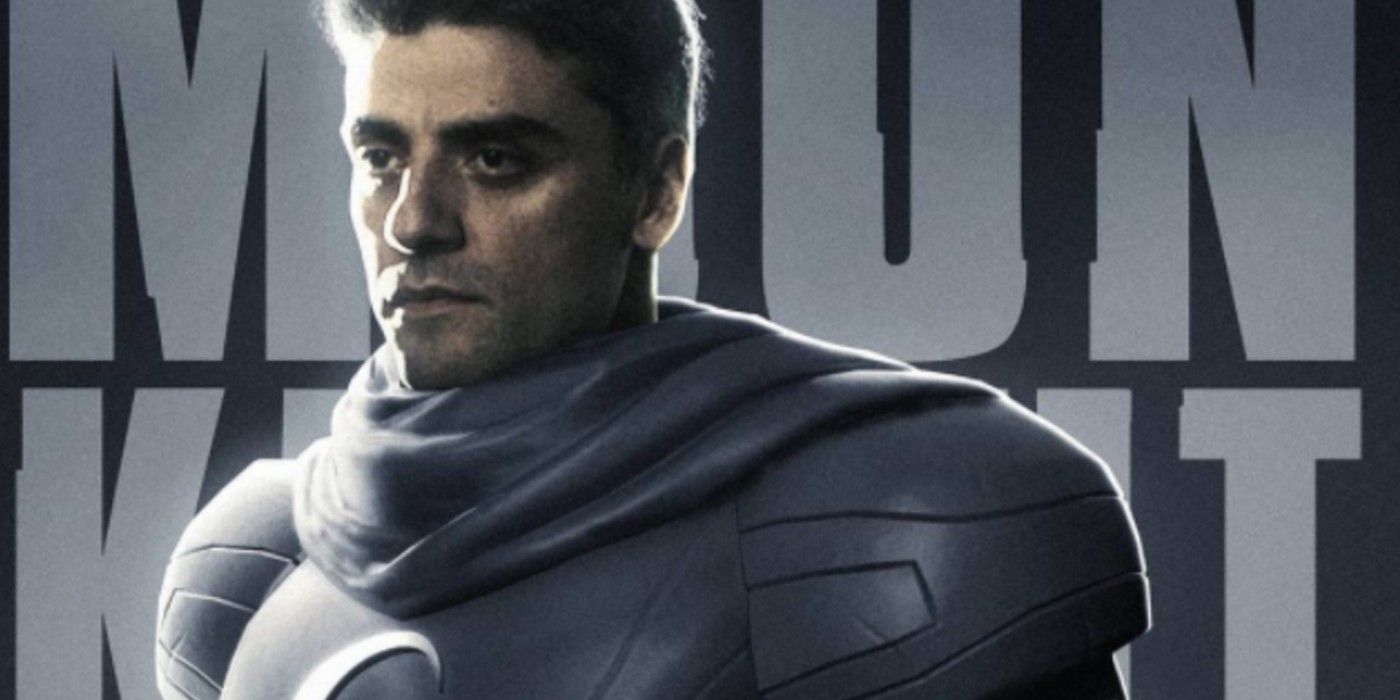 New fan art imagines what Oscar Isaac would look like as Moon Knight. While Moon Knight has made the occasional cameo in several animated shows, Marvel’s most mysterious hero is finally getting his own TV series. Although it’s unclear when Moon Knight will begin filming, especially considering the ongoing COVID-19 pandemic, the show will be written by The Umbrella Academy’s Jeremy Slater.

The Marvel/Disney+ show will center around Marc Spector, aka Moon Knight. The mercenary receives his powers from Khonshu, after dying in front of the Egyptian god’s statue. Once Marc is reborn, he takes up the mantle of Moon Knight and returns to New York City. While he’s often viewed as a dangerous vigilante, Moon Knight does his part to safeguard all nighttime travelers.

Digital artist Hibban Mohammed is among the many talented creators who have envisioned Isaac as Moon Knight. Mohammed has left Isaac’s face exposed; he’s also placed the actor in an all-black Moon Knight costume, with the crescent moon insignia featured prominently across his chest. The words “Moon Knight” are superimposed in bold, upper-case letters across the image’s background. You can check out Mohammed’s work—alongside that of other talented artists—below:

The slew of incredible fan art reflects a recent Moon Knight update: casting directors seem to have finally found their Marc Spector. More specifically, Isaac is reportedly in talks to star as the mercenary turned hero. Isaac has played a number of high-profile roles in the past, and his portrayal of Star Wars‘ ace pilot Poe Dameron made him an instant fan favorite. In addition, Moon Knight won’t be the only time Isaac’s ventured into the superhero genre—the actor played En Sabah Nur, aka Apocalypse, in 2016’s X-Men: Apocalypse. To that end, it’s clear that Isaac has both the physical stamina and acting chops to fully capture the complexity of Marc Spector’s character.

While Moon Knight has been around for decades, he’s remained relatively unknown to more casual fans. Still, Moon Knight has experienced his fair share of exciting comic book adventures, including his recent interaction with the Phoenix Force. As such, showrunners shouldn’t have any difficulty digging up source material for upcoming Moon Knight episodes. Although fans have waited quite a while for new show updates, it seems that the series is finally coming together. With Slater as lead writer and Isaac (hopefully!) as Marc Spector, it appears that Moon Knight is gearing up to become a new smash hit.