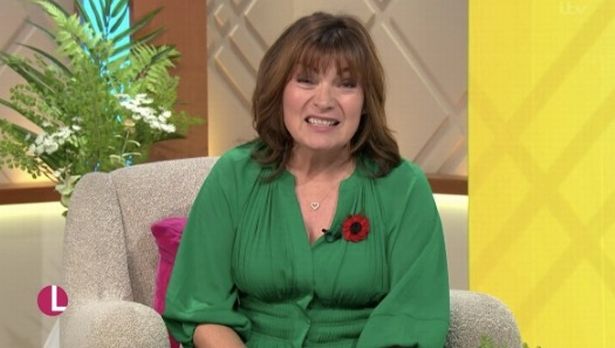 Lorraine Kelly addressed a sudden change in her outfit on her show on Tuesday, after being shown in a different dress just minutes earlier.

The telly host appeared on Good Morning Britain around half an hour before her own show, as normal, to reveal what she had coming up.

Then, just before her show stars, she normally appears again at around 9am just to remind fans of what is on the cards.

But when she returned on Tuesday, she was wearing a completely different outfit.

Lorraine had initially worn a red, silk patterned number, but had changed it for a mid-sleeve green dress.

She informed viewers on her Instagram page about the moment too, showing off her new outfit.

Most viewers didn’t appear to notice the change until she’d said it, while one did comment: “@lorraine am I dreaming or was @reallorraine wearing an orange dress half an hour ago now she is in green…?”

Charlotte and Adil, meanwhile, laughed off the moment, as Lorraine carried on with her hosting duties.