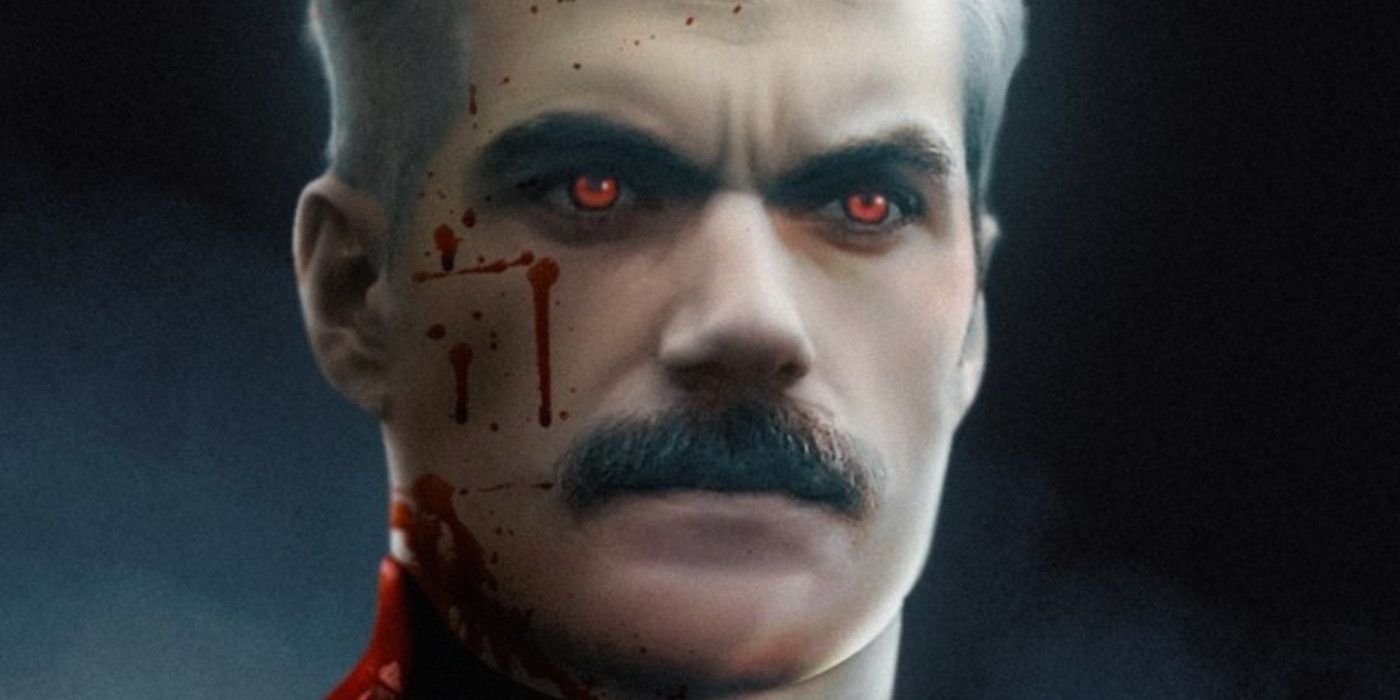 Digital artist BossLogic celebrated the Invincible season 1 finale by imagining the characters in live-action — including Henry Cavill (mustache and all) as Omni-Man. Created by Robert Kirkman and Cory Walker, the saga began life as a comic book series that ran between 2003 and 2018. It was recently adapted into an animated series via Amazon Studios. Premiering in March, Invincible featured such notable voices as J.K. Simmons, Sandra Oh, Walton Goggins, Zachary Quinto, and Gillian Jacobs. It also starred Steven Yeun as the titular Invincible (a.k.a. Mark Grayson). The ending of Invincible season 1 was released on April 29, 2021.

Despite the animated series sweeping popularity and critical acclaim, talk has remained regarding a live-action adaptation. All the way back in 2017, a movie version was announced, with Point Grey Pictures and Kirkman’s own Skybound Entertainment producing. It was also confirmed that Seth Rogen and Evan Goldberg would write and direct, no doubt following up the success of similarly violent and darkly comedic adaptations as The Boys. Despite the emergence of the series (which Kirkman also executive produced alongside showrunner Simon Racioppa), work on the movie has remained in motion. As of January 2021, Kirkman reaffirmed that the project was still in development with Rogen and Goldberg still attached.

Popular digital artist BossLogic has already taken the initiative and started fan-casting the various roles. He imagined Cavill suiting up to embody the part of the alien superhero and Mark’s father, Omni-Man. Posting on Twitter, he even offered a depiction of how that particular casting might look. Characteristically splattered with blood and with eyes blazing a menacing red, BossLogic aged Cavill up to fit the role. Furthermore, he utilized Cavill’s famous mustache from years past to really round out the accurate look of the character. Check it out:

The actor has enjoyed a wide variety of roles over the years, moving between countless different franchises. As a result, despite some less than well-received outings, Cavill has garnered a lot of love from fans the world over. Most notably, that passion has stemmed from his turn as Clark Kent (a.k.a. Superman) within Zack Snyder’s DCEU movies. However, his work as Geralt of Rivia, Sherlock Holmes, and the villainous August Walker have proven equally beloved for different reasons. It was starring as the latter in Mission: Impossible – Fallout that spawned the infamous “Mustachegate”. After the request to shave it was denied by Paramount, the efforts to remove it resulted in some dodgy CGI in the theatrical version of Justice League. The move provoked large-scale mockery and countless memes — including the notion that the resurrected Superman should’ve just inexplicably had said facial hair.

Both Cavill and Omni-Man having similarly signature mustaches was, obviously, a mere coincidence. Still, it proved fortuitous on BossLogic’s part and would add to the meta-ness of Cavill in the role. After all, Nolan Grayson shared a lot of the same powers as Clark Kent. Equally, he had a similar heritage — being extraterrestrial in origin but operating on Earth. As fans would be well aware, however, Omni-Man (rivaling even The Boys‘ Homelander) had little in the way of Clark Kent’s innate goodness and moral code. As such, Cavill playing such an obvious counterpoint to one of his most famous roles would be interesting enough. Having him able to sport the kind of facial hair that he couldn’t as Superman, though, would complement that and be all kinds of amusing. Whether the live-action Invincible comes to pass, and Cavill will be genuinely considered for the part, shall remain to be seen.