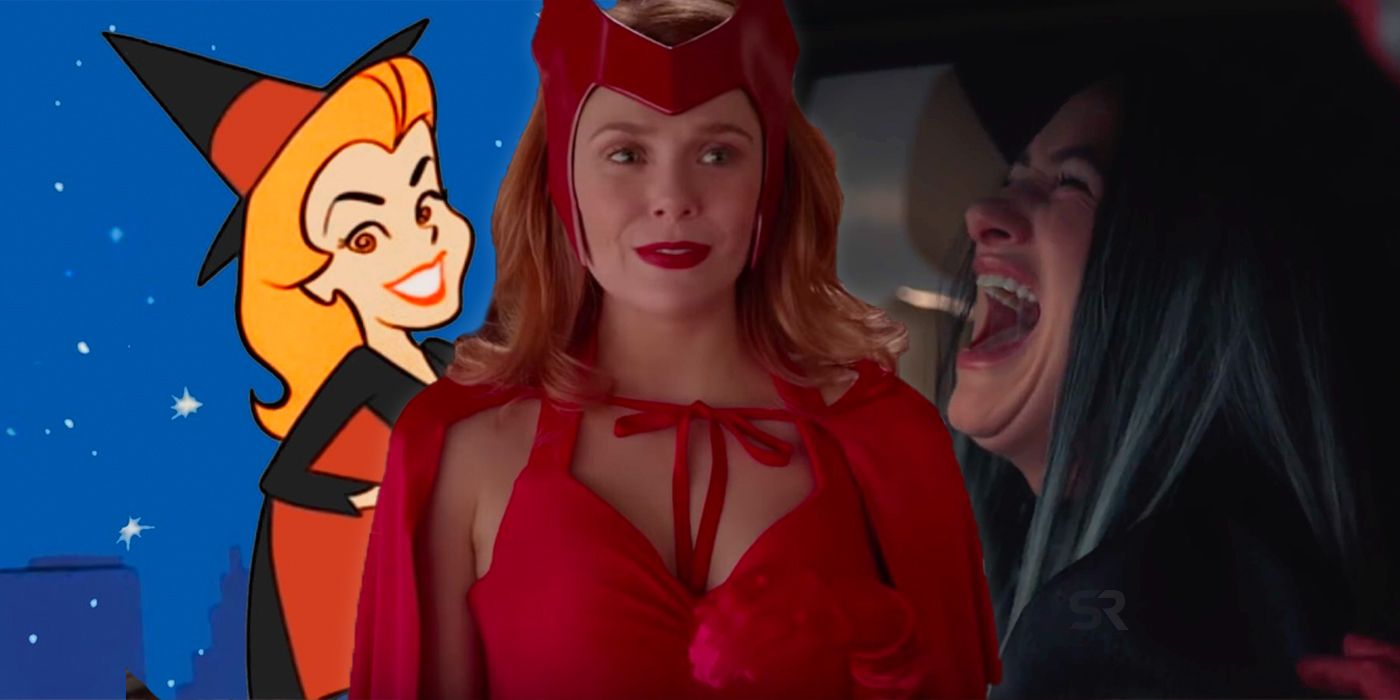 While the question further defines Wanda’s relationship with her neighbor, the fact that she mentioned Samantha and Endora from Bewitched is yet another clue that Agnes isn’t just a “Nosy Neighbor.” Despite Agatha Harkness being an ally to Wanda in the comics, many speculate that Hahn’s character will be the villain in the series. Other rumors have name-dropped characters like Grim Reaper, Doctor Doom, and Nightmare, but as of right now, most signs point to Hahn being the series’ villain.

Samantha and Endora in Bewitched are far from villains, but mentioning the characters further shows how much inspiration WandaVision is pulling from iconic TV sitcoms. Samantha Stephens, played by Elizabeth Montgomery, is one of TV’s most famous and recognizable TV witches, so it makes sense that Hahn would partly base Wanda and Agnes’ relationship on such a popular ’60s show. WandaVision continues to appear completely different than anything Marvel fans have seen before, and thankfully, fans don’t have to wait that much longer to see it on the small screen.