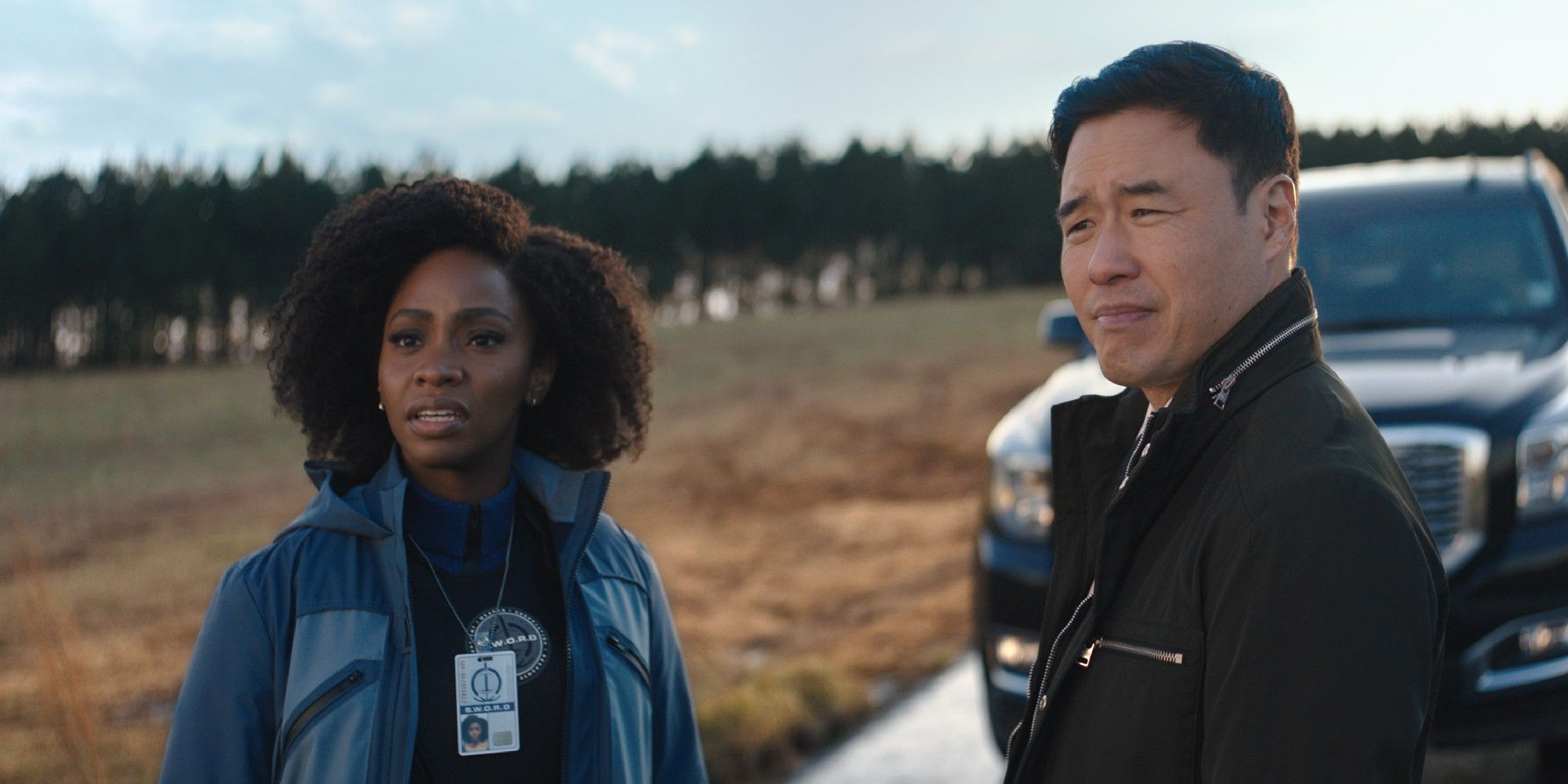 WandaVision has got three new Twitter emojis for fans to use, and they are of Darcy Lewis, Jimmy Woo, and Monica Rambeau. The opener for the Marvel Cinematic Universe’s Phase 4 has proven to be a big hit with viewers, as WandaVision is one of the most unconventional stories Marvel fans have ever seen. The series shows Wanda and Vision living in the suburban town of Westview in a sitcom-inspired world, but cracks are beginning to show. In episode 4, the series takes a break from living inside Wanda’s sitcom world and explores the world outside of Westview, where SWORD has gathered, and it also shows how the story has gotten to the point of Geraldine (Monica) being thrown out of Westview by Wanda.

The episode leads you to believe that Wanda has created this sitcom world, but it also focuses on three different characters, who, similar to Wanda and Vision, are getting more of a spotlight in this series, and those are Darcy, Jimmy Woo, and Monica. Woo is central to identifying the odd behavior outside of the New Jersey town. Monica joins him after receiving instructions from SWORD and eventually finds herself in Wanda’s world, and thanks to Darcy, broadcasts of the sitcom episodes were discovered in the energy signatures coming from the town, which was made of CMBR. Prior to WandaVision’s season premiere, the two central characters got rather cute Twitter emojis, and now the three supporting characters have joined the emoji clang.

A tweet from 100% Soft, the creator of the official Marvel emojis, shows that the three spotlighted characters of episode 4 of WandaVision—Jimmy Woo, Darcy, and Monica—have all received their own Twitter emojis. Similar to Wanda or Vision, whenever a hashtag appears alongside their names, the characters will have their own cute icons. The full tweet can be seen below:

Twitter emojis have become a fun part of the marketing for various films and TV shows, and the fans, who will tweet about WandaVision as the mystery continues to unfold, will likely enjoy seeing the new images appear in their tweets. Much like this past week’s episode, the emojis are perhaps another indication of how Woo, Darcy, and Monica will play important parts in the series moving forward. Episode 4 did an excellent job piecing together how they played a part in some of the events of the first three episodes. It also laid the foundation for the wild ride that showrunner Jac Schaeffer has promised is coming.

Episode 4 may have also provided fans that have been critical of the series for its slow build-up and unique sitcom approach a much-needed boost, as it stepped away from the sitcom format and explained a lot of the events that have transpired thus far. Paul Bettany even promised that WandaVision ends up as a “full, MCU action movie,” so along with the intriguing mysteries, there is the always exciting Marvel action awaiting fans. The show is doing a great job building on the intrigue it has created, and the new emoji additions of Darcy, Jimmy, and Monica is another fun way to keep fans invested in WandaVision.