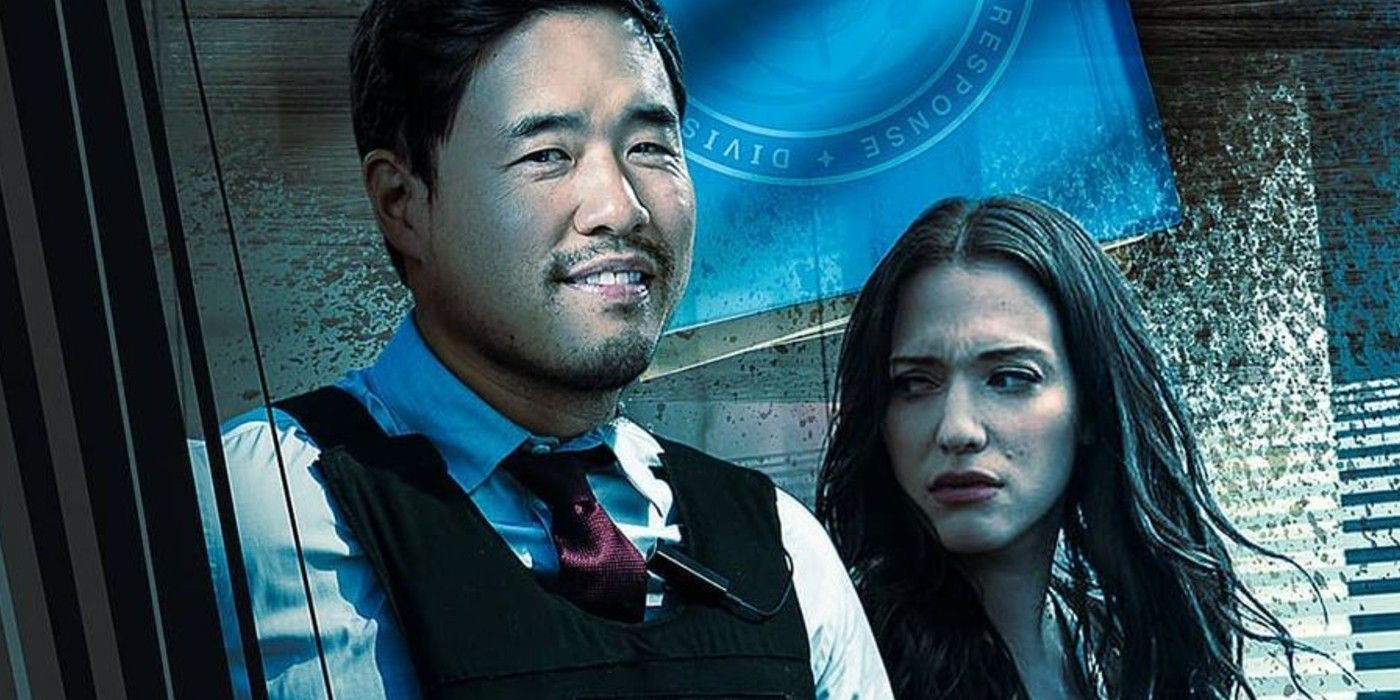 Jimmy Woo and Darcy Lewis team up in a hypothetical WandaVision TV spin-off in a new fan-poster. Ever since their collaboration in episode 4 of the Marvel Studios/Disney+ show, there has been renewed interest in the returning MCU characters and now fans want to see more of them moving forward.

Debuting in separate other Marvel Studios projects before WandaVision brought them together, the pair is now pivotal in cracking the mystery surrounding Westview. FBI Agent Jimmy Woo was roped into the situation after a witness who was supposedly settled in the town suddenly vanished, as he explained to SWORD’s Monica Rambeau. Meanwhile, Darcy was brought in to help after Maria Rambeau’s daughter was inexplicably sucked inside Scarlet Witch’s fake reality; thanks to her expertise, people from the outside world now have an idea of what’s really happening insider the protected bubble.

Thanks to their instant chemistry in episode 4 of WandaVision, “We Interrupt This Program,” fans are looking forward to seeing more of them in the MCU. Digital artist apexform even suggests that they team up for a new Marvel Studios TV spinoff titled “M-Files” where they solve various cases in the franchise. Check out the proposed poster below:

Admittedly, not everyone was a fan of Jimmy and Darcy during their separate stints in the MCU. The former was first introduced as Scott Lang’s house arrest officer in San Francisco after the events of Captain America: Civil War and, for the most part, he was made fun of as the hero necessarily broke his sentence in Ant-Man and the Wasp. The latter, on the other hand, was part of Thor’s original human crew alongside Jane Foster and Dr. Erik Selvig. Her brand of humor wasn’t exactly a universal hit and she hasn’t been seen in the franchise since Thor: The Dark World, so seeing her back in WandaVision — a project where she didn’t really have any existing connections beforehand — piqued the interest of many. Overall, teaming up the characters was a brilliant move from Marvel Studios as they’re totally fun to watch together.

It’s uncertain what the future lies for both characters past WandaVision at this point, but considering that the events of the series are expected to play a big part in MCU’s multiverse, it’s not outside the realm of possibility that they’re going to be involved moving forward. Lewis’ specialization already sets up more appearance from her moving forward, although don’t expect her to pop up in Thor: Love and Thunder. Meanwhile, Jimmy’s missing witness could be a mystery that will play out past what’s happening in Westview.