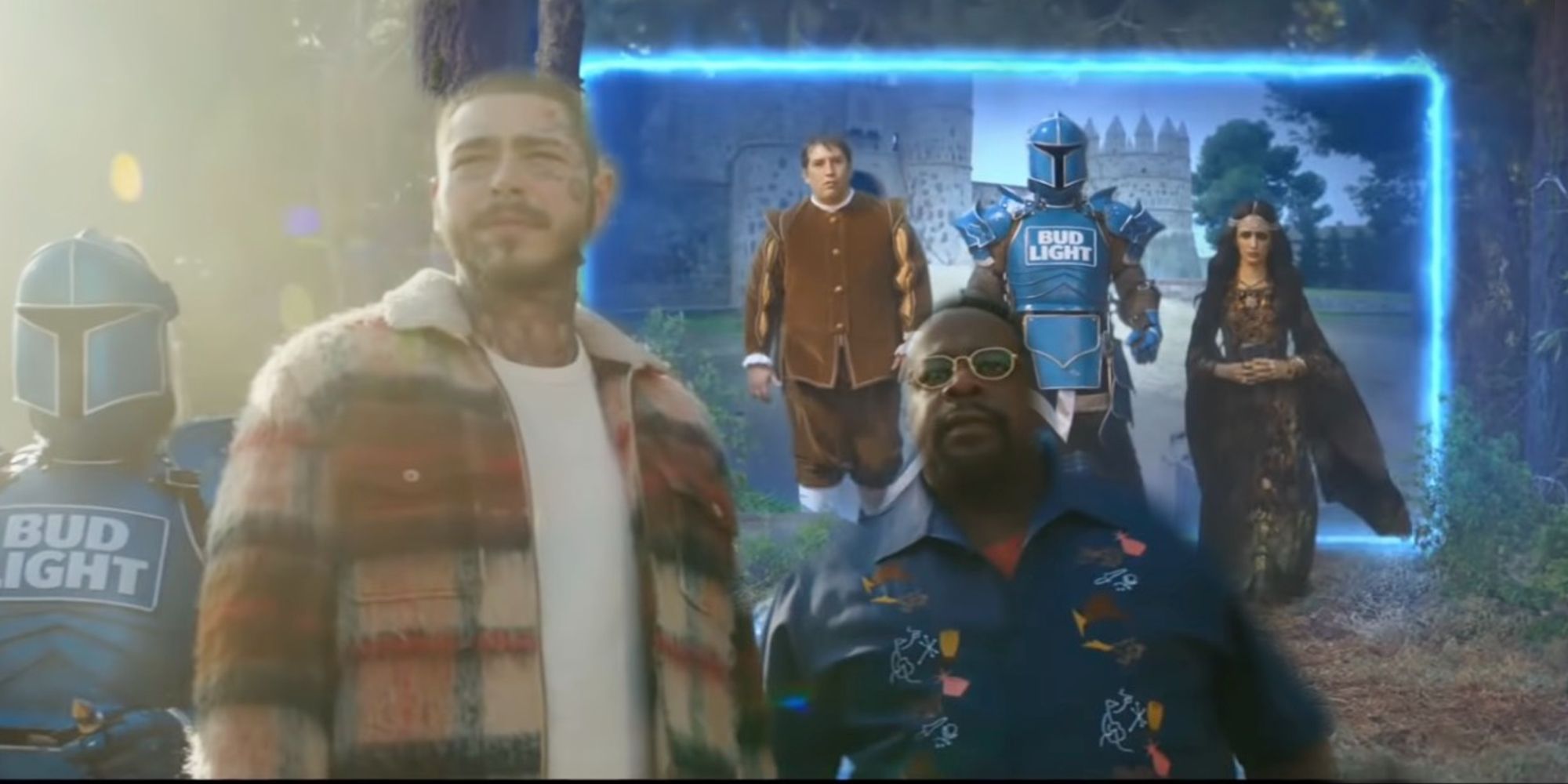 Bud Light’s new Super Bowl ad is a spot-on Avengers: Endgame parody that assembles the heroes of the Bud Light Cinematic Universe. The Avengers movies redefined the team-up genre by creating the Marvel Cinematic Universe. Characters that started in solo films, like Iron Man, Captain America, and Thor, came together for adventures that spawned their own team sequels. The most ambitious of all was Avengers: Endgame, which saw just about every hero in the MCU come together for one epic battle.

Super Bowl Sunday isn’t just a huge event for sports; it’s also a major night for advertising. Because of the game’s wide viewership, advertisers tend to pull out their best tricks for the occasion, often featuring the biggest celebrities, catchiest slogans, and often cinematic special effects. Bud Light is a staple of the Super Bowl, generating classic and quotable content, such as the unforgettable “Dilly Dilly.”

For Bud Light’s Super Bowl LV ad, they’ve quietly assembled their own Avengers-style team, the “Bud Light Legends.” Led by recent spokesman Post Malone, the group includes ghosts of Super Bowls past, like the Bud Knight, the “I Love You, Man” man, “Dr.” Galazkiewicz (Eddie Jemison), the “Real Men of Genius: singer, and Cedric the Entertainer, among others. The group comes together to save a shipment of Bud Light after an apparent truck crash. Check out the ad below.

Post Malone said he was “honored to share the screen with such legends” in a statement, per Billboard. Post Malone and Cedric the Entertainer were two of the biggest stars of the trailer, but it probably wasn’t too hard to get them to appear in the ad. After all, both men are known for loving football and beer. Cedric the Entertainer also stated that he was “thrilled” to return, saying, “I can’t believe it’s been 20 years since some of my most memorable moments with my friends at Bud Light.“

The commercial is not just another enjoyable Bud Light ad, but it’s also a pretty accurate Avengers: Endgame parody (for a 60 second TV spot, anyway). As Marvel-esque music swells in the background, the “Bud Light Legends” emerge from square portals that mimic Endgame’s climactic battle scene. After trading catchphrases and signature moves, there’s even a heart-wrenching fan favorite death: the Bud Knight is accidentally high-fived over a cliff. There’s an argument to be made that the Bud Light Knight is the Iron Man of the BLCU — they’re both in metal suits after all. They may not have quite the same powers as the Avengers, but the Bud Light Legends have certainly captured their spirit.