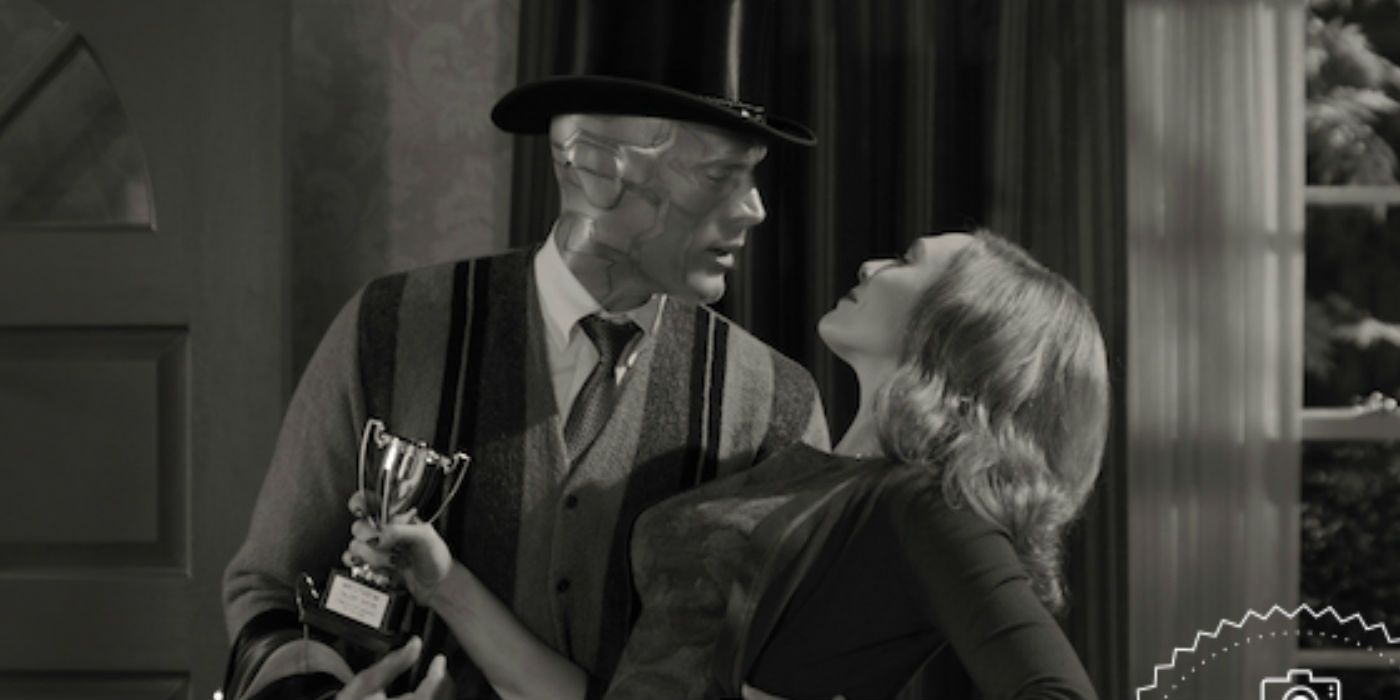 Vision dons two different magician costumes in the TV spot. The first one is in the official new image for WandaVision, where he’s in his Android form and is wearing a top hat. Later in the teaser, he’s wearing a full magician outfit, complete with a tailcoat. At this point, even Wanda is part of the act as she sports a showgirl’s attire. These scenes may have been filmed later in the show’s production. Back in October, set images from LA revealed Olsen and Bettany wearing their respective ensembles. Since there’s no context given to what appears to be WandaVision‘s attempt to recreate a magic show or maybe even a circus, it isn’t easy to decipher what is exactly happening here. That said, it’s worth noting that since the characters can jump from one era to another, changing into these elaborate costumes would be reasonably straightforward.

However, it’s worth noting that in WandaVision‘s second trailer, the pair was wearing the same clothes from the new image when they transitioned from black and white to colored visuals. Granted that Vision wasn’t wearing the top hat in the previously-released footage, it’s possible that it was removed digitally. In the same sequence, Wanda also develops her baby bump, which is further leaned on in the latest trailer with a shot of a crib being fixed for one of their twins. Whatever is happening in this fantasy world, fans won’t have to wait too long to find out with the series debuting in around two weeks on Disney+.

More: Why Spider-Man 3 Is A Better Multiverse Story Than Doctor Strange 2