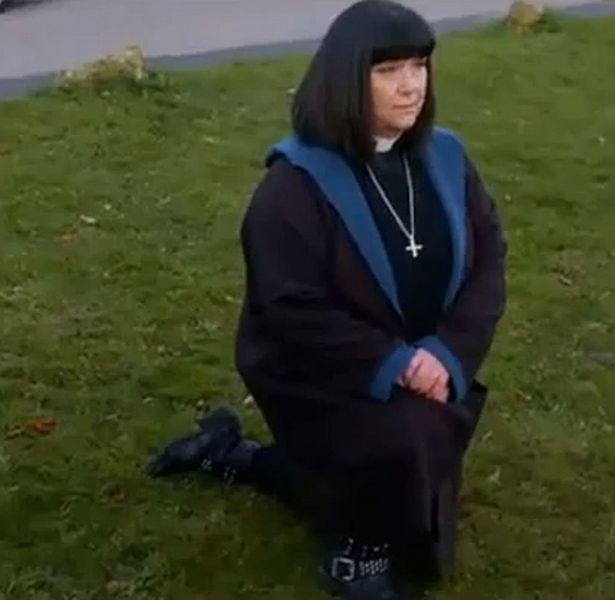 The Vicar of Dibley is set to address the Black Lives Matter movement in one of the upcoming festive special short episodes.

Dawn French has already popped her dog collar back on to record three special 10 minute episodes of the iconic TV comedy, returning to her role as Reverend Geraldine Kennedy.

And in one of the upcoming sketches, viewers will see the Vicar take the knee to pay tribute to black lives and to address the death of George Floyd at the hands of American police earlier this year – an act that sparked anger and demonstrations around the world in May.

The sketch is said to see Geraldine emerge from lockdown to take in some fresh air in the fictional village of Dibley in Oxfordshire.

The three episodes are then due to be cut into one 30-minute episode which will also air over the festive season.

Written by co-creators Richard Curtis and Paul Mayhew-Archer, the new episodes are due to include classic Dibley characters, with Geraldine giving zoom sermons.

A tribute to Emma Chambers, who played Alice Tinker but sadly died in February 2018, is also included in the special episodes.