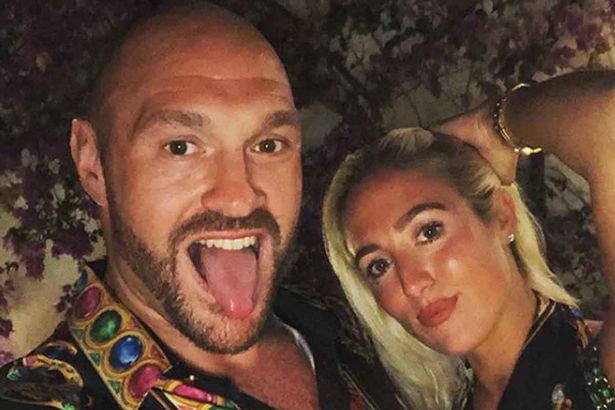 The wife of boxer Tyson Fury is to become a Loose Woman after she was a knockout guest on the hit ITV show.

Popular Paris Fury, 30 – who married the heavyweight world champ in 2009 – will make her debut on the panel on Friday.

Fans called for her to be a regular after she appeared as a guest in September.

“They loved how she showed she’s a very strong woman behind one of the strongest men in the world.” During that guest appearance, Paris was interrupted by one of the couple’s five kids but carried on regardless.

The show source said: “She’s a mum, so she’s really relatable. She was completely unflustered when her son gatecrashed her interview last time she was on.

“She’s a natural on live TV and has a smart, spirited take on the world. Like her husband Tyson, she pulls no punches.”

As a regular, Paris is set to wade into the show’s debates and open up about her life with Tyson.

The pair, who both grew up in traditional gypsy families, started dating when they met up at her 16th birthday do.

“But I spiced it back up again, bought her some sexy lingerie and we are back at it, better than ever.”