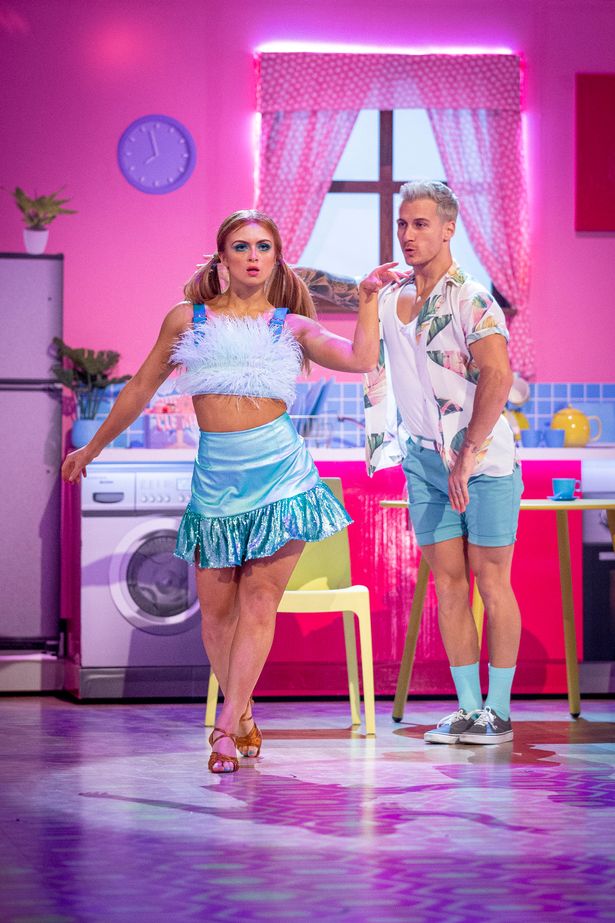 Strictly Come Dancing fans are convinced they’ve worked out who the bottom two are likely to be – which could mean a shock exit tomorrow.

Due to lockdown coronavirus restrictions, there is no audience at Elstree which, in turns, means limited spoilers.

This has led dedicated viewers of the BBC dancing show to tot up the tallies and conduct polls to work out who is likely to get the chop.

Tonight, Clara and Aljaz shot to the top of the leaderboard after impressing the judges with their stunning Charleston.

Viewers have predicted that Maisie will definitely be in the bottom two, and that whoever joins her in it will get the boot.

Could Caroline or Max be kicked out of the competition tomorrow?

This comes after Nicola and Katya were forced to pull out of the competition last week after the pro tested positive for Covid-19.

The dancer admitted she was “devastated and heartbroken” as the BBC confirmed that boxer Nicola would not be able to return to the show next year as she would have an unfair advantage.

Motsi Mabuse has also had to pull out of the show for the next two weeks as she quarantines.

The judge was replaced by Anton Du Beke after flying out to Germany for an emergency, which she later confirmed was an attempted break-in to her dance studio.