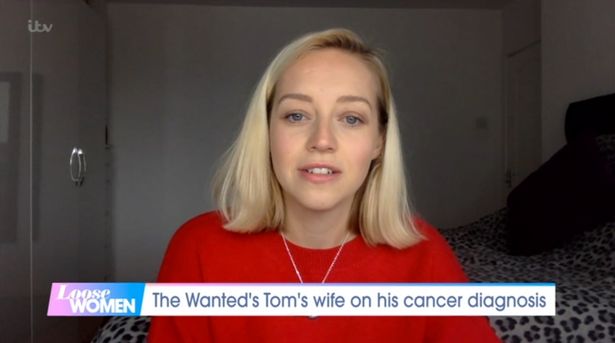 Kelsey Parker has heaped praise on husband Tom Parker’s The Wanted bandmates, for their help and support following his brain tumour diagnosis.

Tom confirmed last month he had been diagnosed with an inoperable brain tumour earlier this year, after suffering from seizures.

Kelsey and Tom have vowed to stay positive despite the devastating news, and have decided against receiving a prognosis.

Tom has been receiving treatment including chemotherapy and radiotherapy, but is now having a break until his next round of treatment.

She said: “I’ve got an amazing family who literally live around corner. I have had days where I’ve had to call my mum and say, ‘you need to come and pick Aurelia up. I can’t cope’, like I am sat on the sofa crying

“But I just think for my kids and for the sake of Tom, I do have to get out of bed and I have to give them breakfast. I have to make sure Tom’s taking the right medication, making sure he’s getting to chemotherapy and radiotherapy. I just think it gets me through the day.”