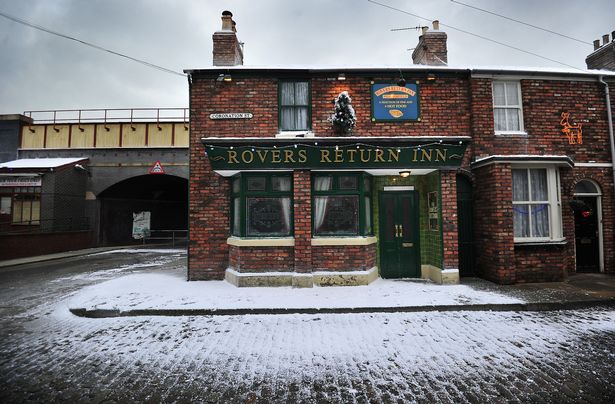 Coronation Street will air a mixture of heartache and joy this Christmas, as the festive season hits Weatherfield.

Corrie spoilers recently released tease one couple finally getting back on track, after a tough year – months on from last Christmas bringing them tragedy.

One resident struggles in the lead-up, unable to cope after a tragic loss.

Elsewhere, and a romance could be on the rocks as a love triangle is tipped to form between three characters.

Full spoilers are yet to be confirmed by the ITV soap and are expected next month, but here’s what we know so far…

Both storylines are thought to be airing still at some point, and while he didn’t specify which plot Iain recently told press earlier this year: “It’s been mostly changing things around to simplify things.

“There was a high profile week planned with a location shoot and that ended up in the bin.

“The story remained, we just had to refigure and retained the big set piece – it’s going to happen later in the year around Christmas. That was our only big casualty – you can work out most things.”