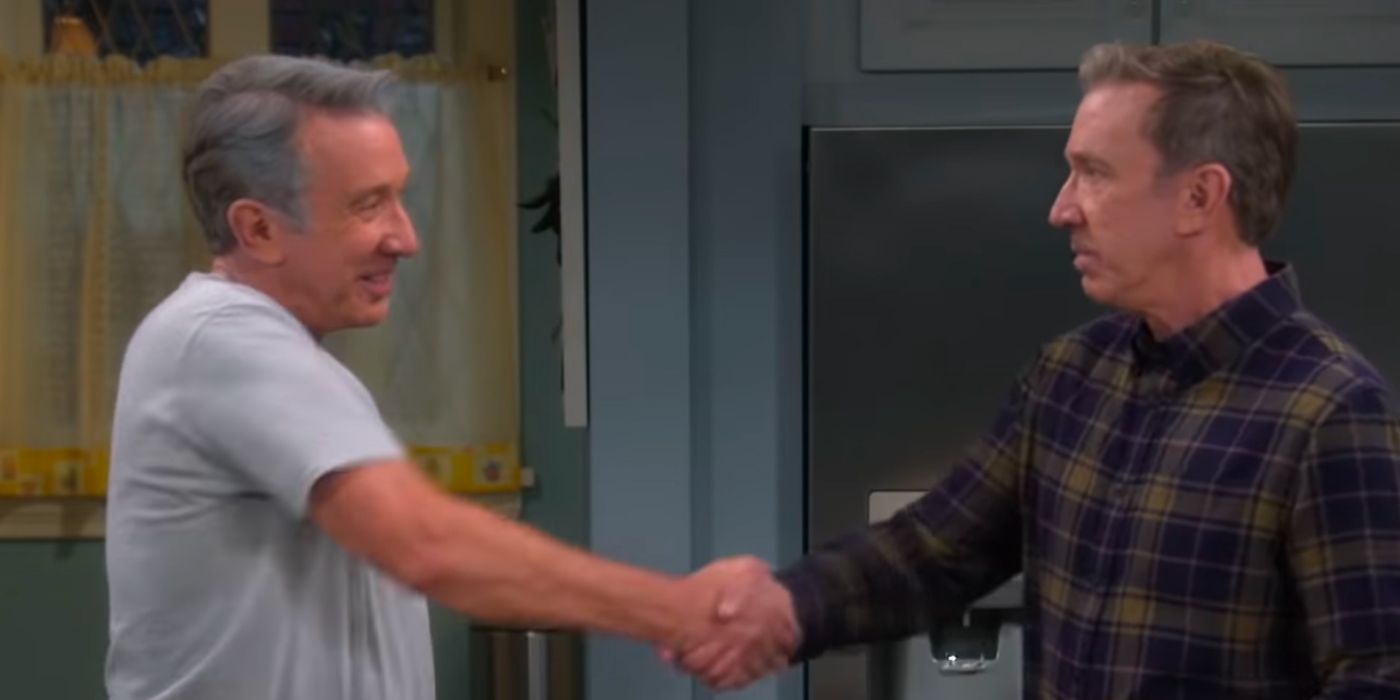 The upcoming season of Last Man Standing will feature the return of Tim Allen’s character Tim “The Tool Man” Taylor from his hit sitcom Home Improvement. The series focuses on Mike Baxter (Allen), a Denver, Colorado, sporting goods chain executive who lives in a house full of women. Nancy Travis, Amanda Fuller, Kaitlyn Dever, and Molly McCook star as Mike’s wife and three daughters who constantly keep him on his toes. Last Man Standing will wrap up with season 9.

Allen previously rose to stardom in the 1990s as the leading man of Home Improvement. Tim “The Tool Man” Taylor was a dorky DIY guru who hosted an instructional television program called “Tool Time.” Juxtaposed with his Last Man Standing counterpart, Allen’s character and his wife Jill (Patricia Richardson) had to wrangle three rowdy boys, always with the help of their next-door neighbor Wilson, who famously appeared peering over the top of the fence. The series ran from 1991-1999 and is widely regarded as one of the best of the decade.

The Last Man Standing season 9 trailer reveals that Taylor and Baxter will meet one another. The trailer shows Baxter at the beginning of the pandemic making the commitment not to shave until it’s all over, then cuts to him with a hell of a beard. “I could play Santa Claus,” he muses, a not-so-subtle reference to Allen’s performance as the jolly fat man in the Santa Clause film series. The meeting between Taylor and Baxter is only teased, showing the two, both played by Allen, shaking hands. The only sure thing is that Baxter is not impressed by his sillier counterpart.

The series debuted on ABC in 2011, but the network canceled it in 2017, much to the dismay of fans. After seeing the success of ABC’s Roseanne revival, Fox gave Allen and the team another chance. It certainly paid off, due in no small part to Allen’s enduring star power. Fox has famously flubbed up regarding cancellations, tossing Family Guy before being compelled to revive the show due to outstanding DVD sales and prematurely axing Futurama before the series went on to run for years longer on Comedy Central. Perhaps Fox has jumped the gun yet again and we haven’t seen the last of Last Man Standing.

The plan to bring Allen’s Home Improvement character back is an inspired one. It’s not often that a leading man gets to headline two hit sitcoms, so the unique phenomenon of Allen playing two characters at once on a network sitcom is amusing in and of itself. As his celebrity is a major draw for Last Man Standing, sending the series off with a callback to his other famous TV role is a strong note to finish on. Even if the Baxters are headed out of TV land, Taylor may just make a triumphant return. Who’s to say a reboot is out of the question?