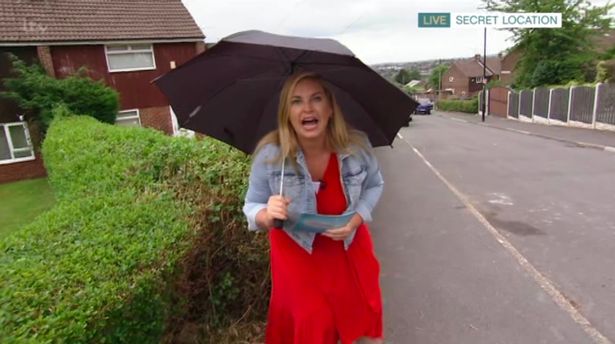 This Morning erupted into chaos as Josie Gibson headed towards the wrong houses for a competition winner.

The former Big Brother star, 36, was heading to Sheffield to play Dosh On Your Doorstep with competition winner Beverly for the chance to win £1,000.

However, Josie’s journey to Beverly’s house was marred by some logistical issues and Josie even ended up heading to the wrong house twice.

Josie even passed some neighbours beforehand who mistakenly thought they could be the winners.

The presenter then said: “I can see the house”.

One person penned on Twitter : #ThisMorning that was so terrible it was good [smiling and sweating emoji] you’ve got to love a bit of live TV [laughing emoji] all that running reminded me of Challenge Anneka [laughing emoji]”.

Another fan of the show wrote: “Josie is a legend #ThisMorning “.

This Morning airs on ITV weekday mornings from 10am.