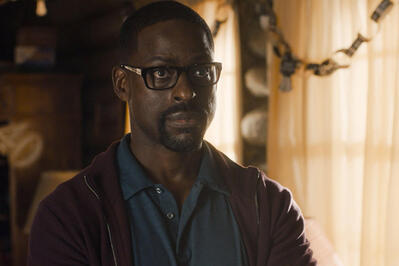 This Is Us has delivered some jaw-dropping scenes over the past four seasons, but none may be as pointedly painful as the fight between Kevin (Justin Hartley) and Randall (Sterling K. Brown) in the Season 4 finale when the brothers took very calculated shots at each other and potentially ruined any hope of them being close in their adult lives. When the NBC tear-jerker returns for a two-hour premiere on Tuesday night, the brothers will still be at odds. Series creator Dan Fogelman warned the press during a recent panel event to promote the new episodes that no one should expect the pair to make up any time soon.

Hartley added that the fact that the brothers weren’t in a screaming match or a physical altercation changes the nature of the fight. They said things designed to hurt each other, including Kevin saying that the worst thing that ever happened to him was Randall being brought home from the hospital the day that Jack (Milo Ventimiglia) and Rebecca (Mandy Moore) adopted him.

“It wasn’t screaming. It wasn’t out of control. It wasn’t manic. It was a calculated statement that Randall made to Kevin and then Kevin made to Randall,” Hartley explained. “They were talking to each other and saying things [in a way] that is so hurtful. And the way that they are said is just like, ‘This is coming out of my mouth, and I intend for this to hurt you and I need to say this.’ I think sometimes when you have fights like that, sometimes it takes like an event to bring people back together because I don’t know how motivated — and then we’ll find out throughout the season — but I don’t know how motivated both men are to reconcile so quickly.”

Brown revealed that the fight kind of echoes the throw down that Jack and Rebecca went through at the end of Season 1, which he called Fogelman about when he read the Season 1 finale script. Fogelman had warned Brown ahead of the Kevin and Randall fight that what the brothers were going to go through would actually be worse. Once he heard that, he knew that the estranged siblings would have an uphill battle to healing the wounds caused by the hurtful exchange.

“I don’t if we could just, you know, sum it up too quickly because it wouldn’t be authentic to what we introduced, but I’m hopeful,” Brown said.

Let’s hope they can figure this out long before they are brought back together to a dying Rebecca’s bedside in the flash forward future scene.