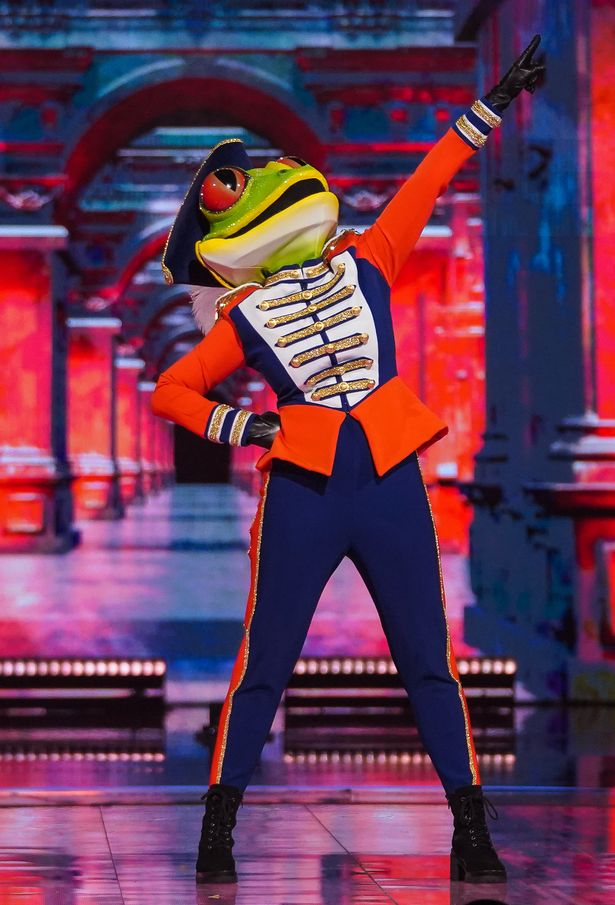 The Masked Dancer has been entertaining and perplexing viewers in equal measure with fans desperately attempting to guess the true identities of this series’ line-up of characters.

12 celebrities are battling it out to be crowned dancing champion on the talent show, while judges Mo Gilligan, Oti Mabuse, Davina McCall and Jonathan Ross trying to rumble who they are.

Viewers have also been busy doing their own guesswork over the last few days, with suggestions varying from minor famous face to some A List stars.

But the truth will remain hidden until it’s time for each dancer to reveal who is behind the mask.

One of the stars bugging viewers has been the fancy-footed Frog.

The amphibian has some pretty impressive moves on the dancefloor, leaving the judges very impressed with their rhythm and complicated choreography.

But just who is lurking behind that shiny green head? We take a look at all the clues and theories to help you decide.

While the judges have had their say, one name that viewers have been busily speculating on social media is that of Baywatch star Pamela Anderson.

This is down to the ‘red and blue’ of the costume, which they could be a link to Pammy’s Baywatch roots and the fact she hails from the States.

“Thinking Frog might be Pamela Anderson (it’s quite possible I’ve lost the plot though),” guessed one.

“Frog is Pamela Anderson??” declared another.

The Masked Singer returns tonight on ITV at 9.30pm