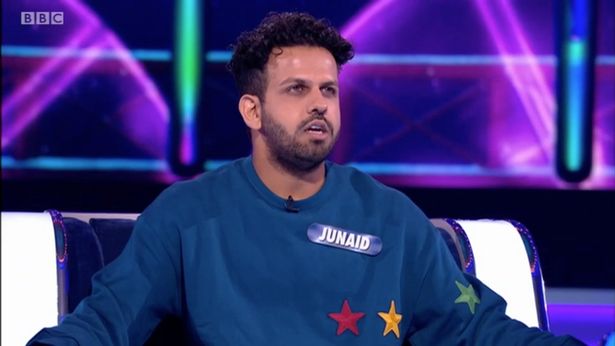 A contestant on Michael McIntyre’s The Wheel walked away with a whopping £59,000 on Saturday night.

Junaid, an accountant from Manchester, left fans of the brand-new quiz show initially confused as they thought they recognised him from another show.

He has previously participated on The Chase, and was hailed a “hero” by viewers during his latest gameshow, while Michael himself said Junaid had an “air of destiny” to him.

After recognising him, some viewers rushed to Twitter and shared screenshots of Junaid on the show, with one writing: “HOLD UP, I swear I’ve seen this Junaid chap on another quiz show before…”

Another shared: “Junaid has been on every single UK TV game show I’ve ever seen!”

One commented: “So glad that Junaid won #TheWheel he played so well.”

And another wrote: “Well done Junaid!!! The luckiest guy on #TheWheel so far!”

*The Wheel continues Saturday at 9pm on BBC One.