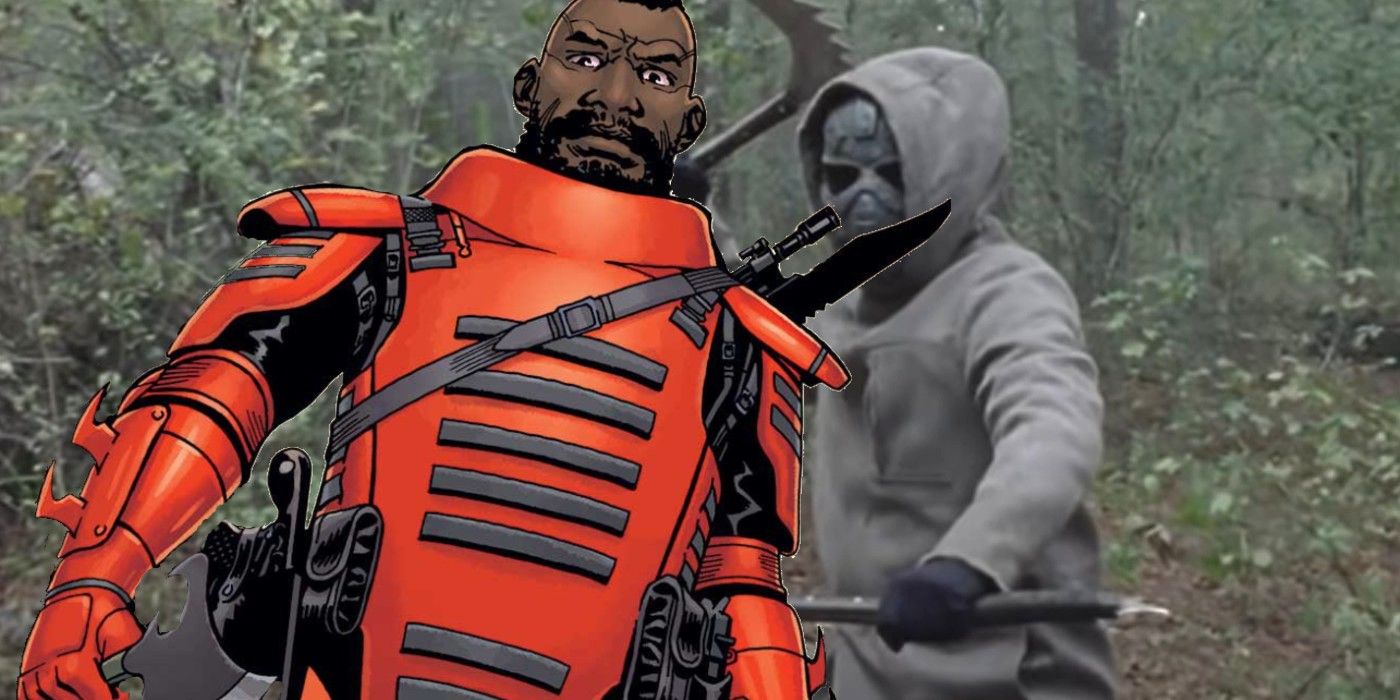 A new set photo from The Walking Dead season 11 shows Michael James Shaw as Mercer, wearing his comics-accurate Commonwealth military armor. Based on Robert Kirkman’s graphic novel series of the same name, the series centers on a group of people in a post-apocalyptic world ravaged by a zombie outbreak as they struggle to survive against the titular shamblers and various human threats. The final chapter of the series, which is set to premiere in August, is set to adapt issues 175-193 of the comics as the central group arrives at the network of communities known as the Commonwealth.

Across its decade-long run on the network, The Walking Dead has been a major hit for AMC, bringing in consistently strong ratings, two Primetime Emmy wins, and 16 nominations. The show’s success helped spawn a roster of spin-offs including the acclaimed Fear the Walking Dead and the mixed-received World Beyond, as well as an in-development series centered on Norman Reedus’ Daryl and Melissa McBride’s Carol and a trilogy of films centered on Andrew Lincoln’s Rick Grimes set after his departure. The series is also frequently credited with helping springboard a number of performers to stardom including Jon Bernthal, Steven Yeun, Lauren Cohan, Danai Gurira, Sonequa Martin-Green, and Tom Payne, among others.

Twitter fan account The Walking Dead World revealed a set photo from The Walking Dead season 11, offering the first look at Michael James Shaw in his comics-accurate Mercer costume. The character is a member of the military force of the network of survivor communities known as the Commonwealth. The image of Shaw’s Mercer can be viewed below:

Though its quality has certainly shifted around across its ten seasons, one thing that has remained consistent throughout The Walking Dead is its faithful depictions of its characters on screen. Everything from outfits to hairstyles and props has frequently been translated appropriately to the series and been a real treat for fans to see. While Mercer’s red outfit might seem better suited for one of Disney+’s countless Star Wars series, it’s actually a near-perfect recreation of his armor in the comics, and seeing how closely his suit matches with his comic book counterpart is a testament to the show’s faithfulness.

It’s pretty amazing to realize that not only has The Walking Dead been airing for the better part of a decade but is only just now coming to a close after 11 seasons. But for those sad it’s coming to an end, one only needs to look toward Fear as it proves to have found its footing once again and get excited about Lincoln’s spin-off film trilogy, as the first is reportedly set to begin production shortly. For now, fans should look forward to seeing more teases of an exciting final chapter as the arrival of season 11 is just right around the corner.