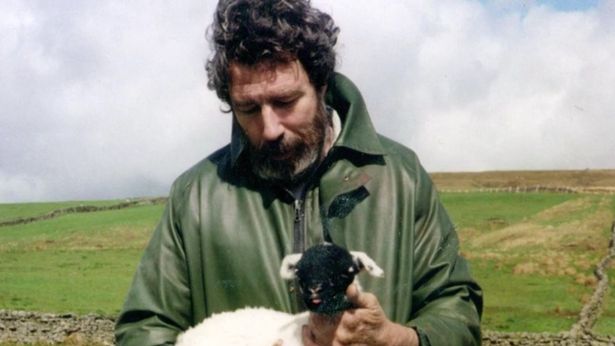 Clive Owen was running his farm single-handedly when he first set eyes on future wife Amanda.

The Our Yorkshire Farm star already had two children with his first wife before going on to have another nine with his current spouse.

Despite a 12-year age gap, divorced bachelor Clive, then 42, was drawn to 21-year-old trainee shepherdess Amanda when she came round on dark evening looking for a ram.

Born in Doncaster, Clive dreamed of being a sheep farmer from an early age and eventually came to run Ravenseat Farm in Upper Swaledale.

“It’s all I ever wanted to do really because I was hooked on sheep from being a little lad. My father wasn’t a farmer but there were farms all around me and I spent lots of time at them,” said Clive on the Channel 5 show.

“I caught the bug when I was eight-years-old and there was never any doubt that I wasn’t going to be a farmer. And my fate was sealed.”

Clive has always been there to support Amanda, who gave birth on the roadside six times because they live so far away from the nearest hospital.

However, he did the the birth of their eighth child, daughter Clemmie, because he had already seen Amanda welcome six of their kids into the world and “wasn’t particularly bothered”.

“I put the kettle on, stoked up the fire and basically had her in front of the fire with just a terrier as a birthing partner, which is perfect,” she admitted.

Amanda bravely carried on alone and gave birth in front of the fire with only one of her pet dogs for support while Clive was asleep upstairs.

“Clive wasn’t desperate to be at the birth, he was asleep upstairs. I went and woke him up with the baby,” she told Radio Times.

“Of all the births I’ve had, this one has to have been the best – it was the most relaxing, the most quiet, the most peaceful.”

*Our Yorkshire Farm airs Tuesdays on Channel 5 at 9pm