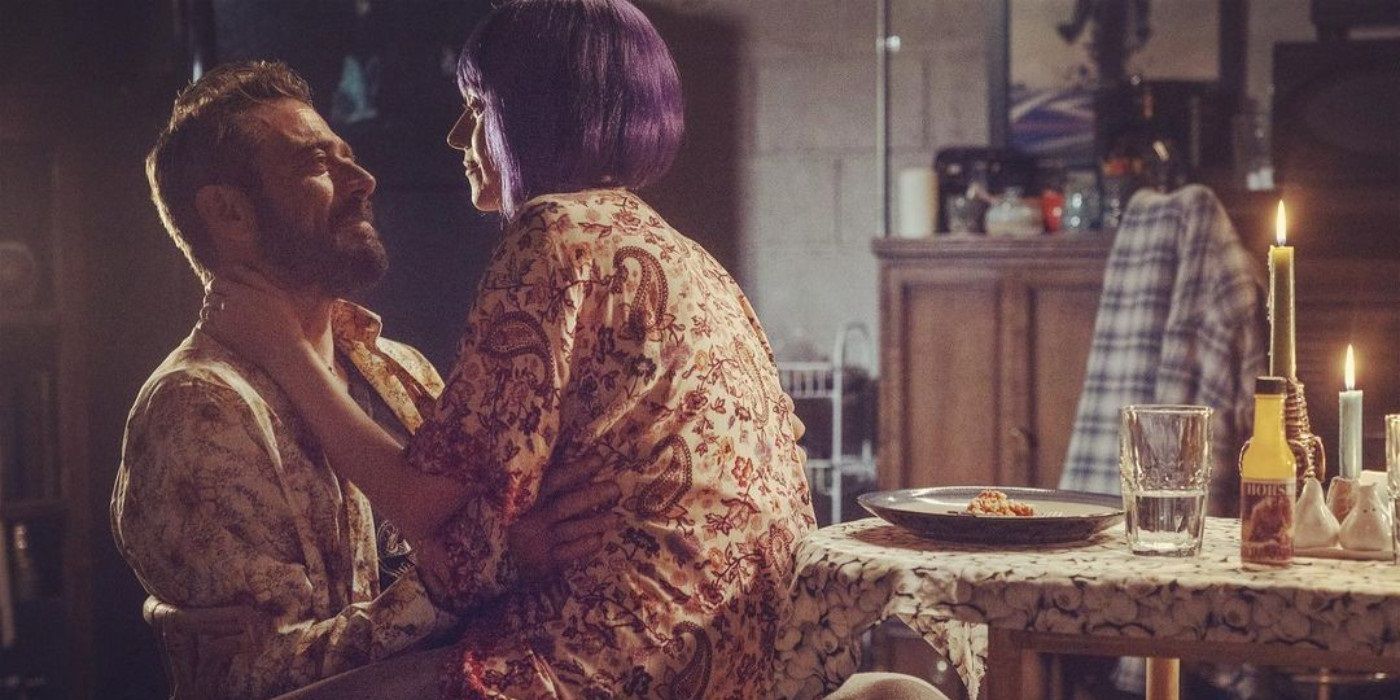 A new Walking Dead image has been released, showing Negan and his wife Lucille. The Walking Dead is returning next month with six new season 10 episodes. The final episode of the batch, “Here’s Negan,” will dive into the former villain’s past. Jeffrey Dean Morgan’s own wife, Hilarie Burton, is playing Negan’s deceased spouse.

In the comic book version of “Here’s Negan,” readers are treated to an in-depth look at the character’s backstory. Before the outbreak, Lucille was diagnosed with cancer. Feeling guilty for cheating on her during this time, Negan stays by Lucille’s side, witnessing the startling outbreak from the hospital. Eventually, Negan meets a man named Dwight, and the latter’s camp. As one would expect, the story ends with Negan creating his infamous baseball bat, taking leadership, and dubbing the group “Saviors.” It remains to be seen how much of this content the episode will adapt. In season 8 of the show, Negan discusses his past with Gabriel, mentioning his regret for cheating on Lucille, and not having the strength to put her down when she turned. AMC released an in-production video of “Here’s Negan” last week, giving fans a peek at what to expect from the upcoming episode.

Hilarie Burton has shared a new Walking Dead image on Instagram. Giving a look at Negan’s life pre-Saviors, the “Here’s Negan” picture shows the actress with Jeffrey Dean Morgan. Check it out below.

Based on the image, it could take place at the same time as the in-production video. Sadly, no lengthy scenes from the episode have been released yet, aside from storyboard footage. The Walking Dead returns February 28, and “Here’s Negan” should air in April.

Interestingly, “Here’s Negan” already appears to differ from the comic book. Whereas Lucille wasn’t conscious when the outbreak began in the comic, the episode apparently has both of them hunkering down as walkers roam about. It will be interesting seeing what else has potentially changed. The typical hour time slot should be enough time to deliver a satisfying backstory for Negan and his deceased wife. But, will the episode also dive into how Negan became the leader of the Saviors? It would be a shame if the episode didn’t feature the scene of Negan creating his baseball bat. Of course, seeing Negan and the real Lucille interact will be worth it alone. Negan has been shown with a different mindset in the recent arc, but it will be fascinating seeing him before he was trying to “save” people in The Walking Dead.