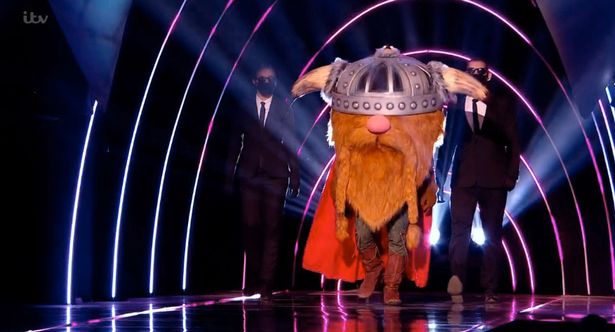 The Masked Singer fans reckon they’ve worked out who Viking is after dropping a big Game of Thrones clue on tonight’s show.

This wasn’t missed by judge Jonathan Ross, who picked up on the hint and threw a name out there that fans largely agreed with.

Teasing their identity tonight, he said: “Being a viking, you live by your instincts… doing my own thing underlies everything.”

He added that “vikings are not bound by chains” and suggested that they had broken records.

One fan tweeted: “What a great shout by @wossy on the @MaskedSingerUK I totally agree I think Viking is Jerome Flynn too! #MaskedSingerUK.”

While another commented: “Switching to Jerome Flying for Viking, think that’s a good shout. KING’s fusiliers in Soldier Soldier, brotherly love could be Everly Brothers and unchained melody. #MaskedSingerUK.”

A third wrote: “Yeah defo Jerome Flynn is Viking #MaskedSingerUK he’s made a name for himself in America.”

*The Masked Singer airs Saturdays at 7pm on ITV