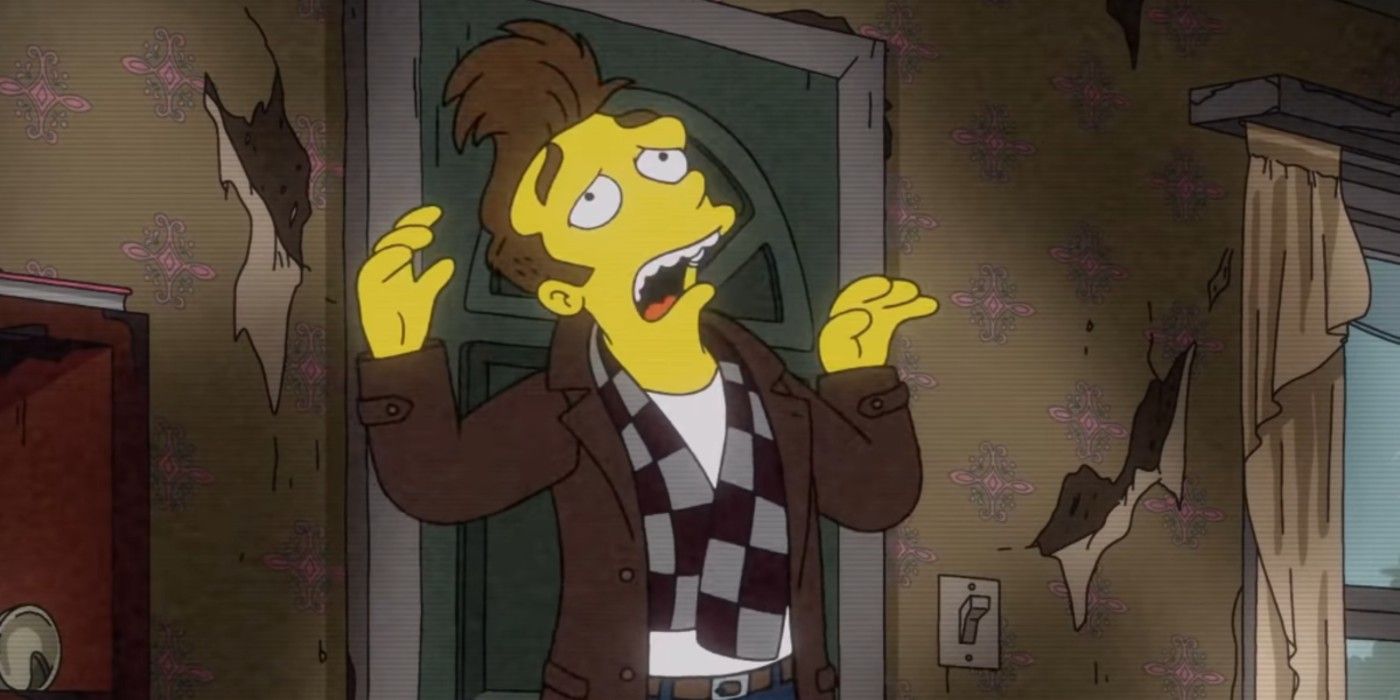 The Simpsons released the full music video from its Morrissey parody episode. The long-running animated sitcom recently stoked controversy with last Sunday’s episode, “Panic on the Streets of Springfield,” which took satirical aim at Morrissey, the former frontman of The Smiths. While The Simpsons has been no stranger to controversy during its record-breaking 32-season run, the show has not been quite as rife with it in recent years. Though Simpsons producers did decide they would no longer have white actors voice non-white characters following Hank Azaria’s decision to step down and apologize for voicing Apu, these creative decisions were met with support among most fans.

The most recent episode of The Simpsons, titled “Panic on the Streets of Springfield,” featured a Morrissey analogue voiced by Benedict Cumberbatch. Described as a depressed British singer from the 1980s, the character goes by the name Quilloughby, who is the object of Lisa Simpson’s infatuation throughout the episode. Tim Long, the writer of the episode, insists the character is not Morrissey, but an amalgamation of a few different artists, possibly in an attempt to prevent liability.

Now, after drawing the ire of Morrissey himself and his manager for the episode’s satirical depiction, The Simpsons is releasing the full music video from the episode. Sung by Quilloughby and Lisa, the song is called “Everyone Is Horrid Except Me (And Possibly You),” which rather convincingly, and catchily, captures the gloomy sentimentality of Morrissey’s music. Watch the music video below:

With last week’s episode, The Simpsons showed it is still capable of pointed and provocative parody, which it has built a reputation on over the years. In the episode, Quilloughby first appears as a projection of Lisa’s imagination, but he is actually a recluse who has stopped performing when his band The Snuffs broke up. Lisa eventually sees Quilloughby in a comeback concert and he has become a shadow of his former self. This is meant to mirror Morrissey’s career, who has released 13 solo albums and consistently toured since The Smiths broke up in 1987.

But rather than being known for his music, Morrissey has made headlines for his controversial comments regarding Brexit and England’s immigration policies, which some consider to be racist. Morrissey responded to the episode saying the misrepresentation of him warrants a lawsuit. The Simpsons has yet to respond, but it is unlikely they will. After this music video, it is even more difficult to argue that Quillougbhy is not a stand-in for Morrissey, which has been a standard satirical tactic for The Simpsons over its many years of pop culture parody.