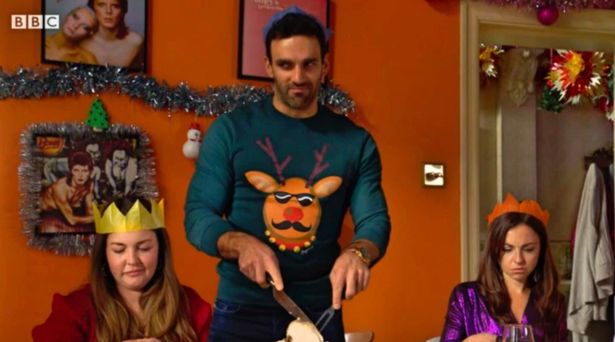 Kush (Davood Ghadami) was shockingly pushed under the path of an incoming underground train by Gray Atkins after a confrontation at the station while Whitney Dean took Arthur to the toilet.

Gray (Toby-Alexander Smith) was obsessed with Whitney and realised she was fleeing with Kush, and was overcome with jealousy before claiming his third victim.

But viewers realised that the heartbreaking death was heavily hinted at back at the Christmas Day episode of the soap, as he joined the Slaters along with Ruby Allen.

Chantelle, Gray’s wife, was also murdered by him when he pushed her and she fell back and on to the loaded dishwasher, bleeding out and dying while he did not get help.

Her death was also chillingly foreshadowed months earlier, when he told her off for loading the dishwasher with the knives pointing downwards instead of up.

Gray then murdered Tina Carter when she rumbled his wicked deeds – but so far has managed to evade blame and justice.

* EastEnders airs Mondays, Tuesdays, Thursdays and Fridays on BBC One