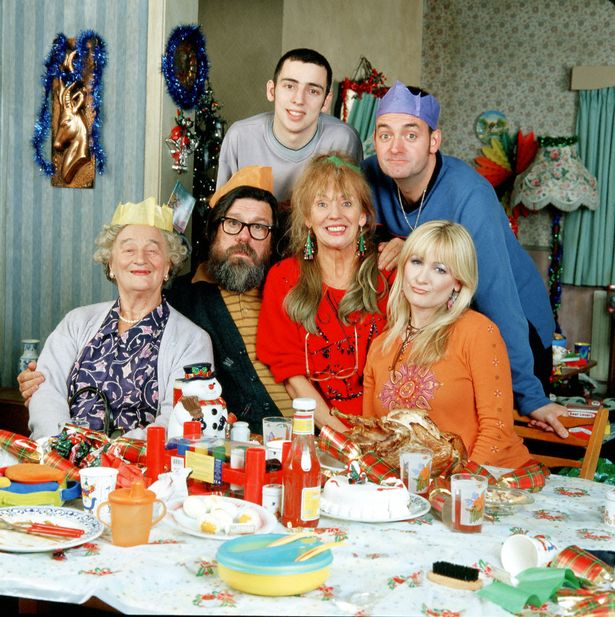 The iconic BBC comedy had us rolling around the floor laughing for over two decades thanks to the hilarious antics of the Royle clan.

The series originally ran from 1998 until 2000, when co-creator Caroline Aherne announced she would not be starring in or writing any further episodes with pal Craig Cash.

There was a possibility that the show could have continued without her, but Ricky Tomlinson selflessly pulled out so it would have to end at its peak.

However, five special episodes airing from 2006 until 2012 – and a sixth was in the works before a devastating tragedy.

Caroline, who also played Denise Royle, sadly passed away from cancer in 2016.

Straight after finishing on The Royle Family, Andy joined the cast of Coronation Street.

Andy made a name for himself playing bumbling but lovable fool Kirk Sutherland – and is still on the cobbles two decades later.

The soap actor married wife Nicola in 2007 and they have two kids, Thomas and Hollie.

As well as competing in Soapstar Superstar and Dancing On Ice, Andy headed into the I’m A Celebrity camp last year.

Andy won over a legion of fans during his time in the jungle and finished in second place.

*The Royle Family airs tonight on BBC One at 9.30pm