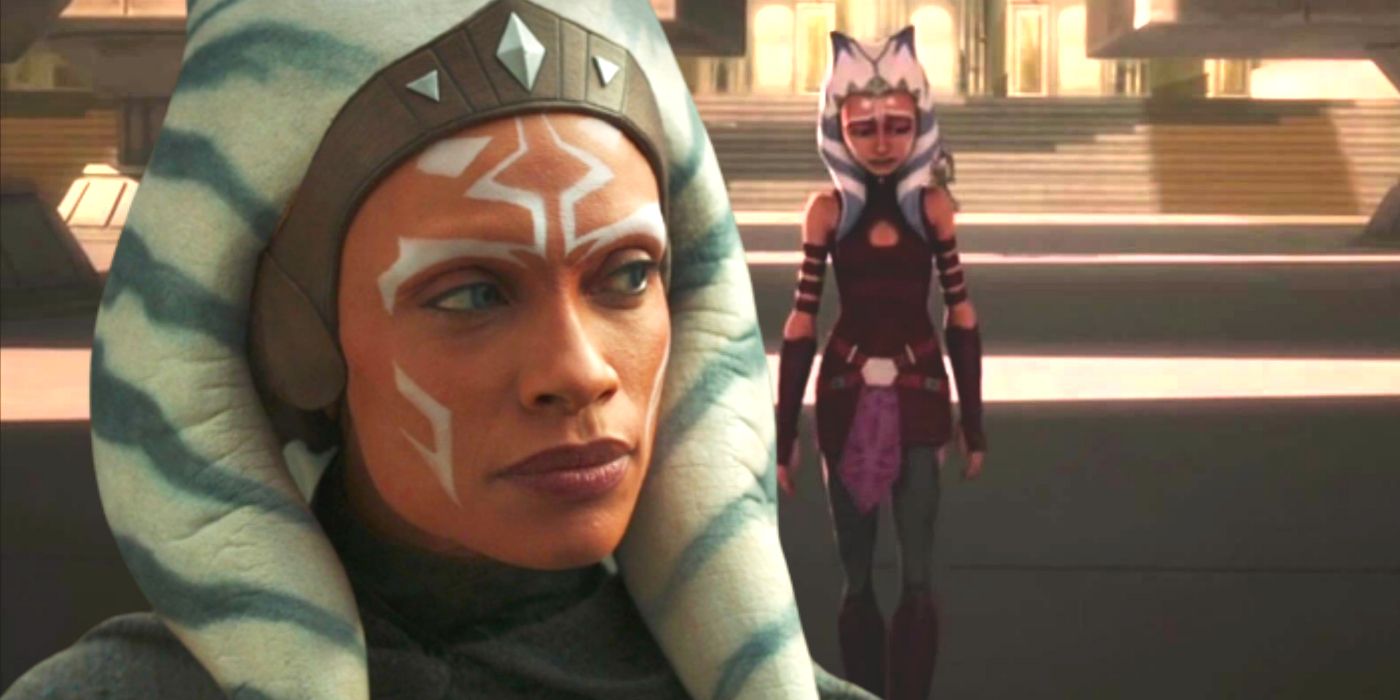 Ahsoka doesn’t directly address her leaving the Jedi Order in The Mandalorian season 2, episode 5; she references the fall of Anakin Skywalker, and warmly remembers Grand Master Yoda, but aside from her refusal to train Baby Yoda there’s no overt reference to the fact that she isn’t part of the Jedi Order. What happens to Ahsoka between the end of Star Wars Rebels and her return in The Mandalorian season 2 hasn’t been fleshed out yet but, given there wasn’t much of an Order left during that time anyway, it does seem unlikely she’d rejoin. However, while telling Mando she’s not a Jedi might’ve helped explain things, it likely would’ve only raised more questions, and there wasn’t as much room to show that in the episode. Her line towards the end, though, about the fact there “aren’t many Jedi left” could be a hint that she doesn’t include herself among their numbers.

As well as Ahsoka Tano, there is another near-Jedi character in the episode, with The Mandalorian season 2, episode 5 revealing that Baby Yoda – real name Grogu – was trained at the Jedi Temple on Coruscant. While that means he had some training, he didn’t get the chance to complete it before Order 66 was executed, killing several Jedi and forcing Baby Yoda, like his namesake, to go into hiding. Whether Baby Yoda ever becomes a Jedi remains to be seen, though it unfortunately seems a little unlikely, given he’s not mentioned in canon outside of The Mandalorian (yet, anyway).