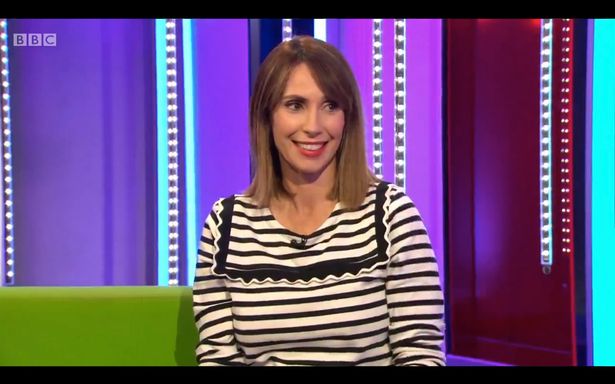 The One Show host revealed that she and husband Charlie are expecting their third.

She told viewers on tonight’s show: “It seems like a good time to share some news with everybody, and the crew and the studio.

“Lockdown has been anything but predictable and we’ve had some really unexpected news.

“Baby number three is on the way!”

Co-host Ronan Keating led the applause which came from behind the camera as well.

“Thank you! Thank you!” Alex gushed.

Alex has spoken before about expanding her family, and how difficult it was to conceive Kit.

“I have to say, the first time – absolutely fine. Luckily, God, it happened,” the presenter told The Sun.

“But second time, not as easy. I suppose I’m older now, but we took it for granted that it would be OK. But you don’t really know until you start trying how it’s going to go, do you?”

*The One Show airs weekdays at 7pm on BBC One.