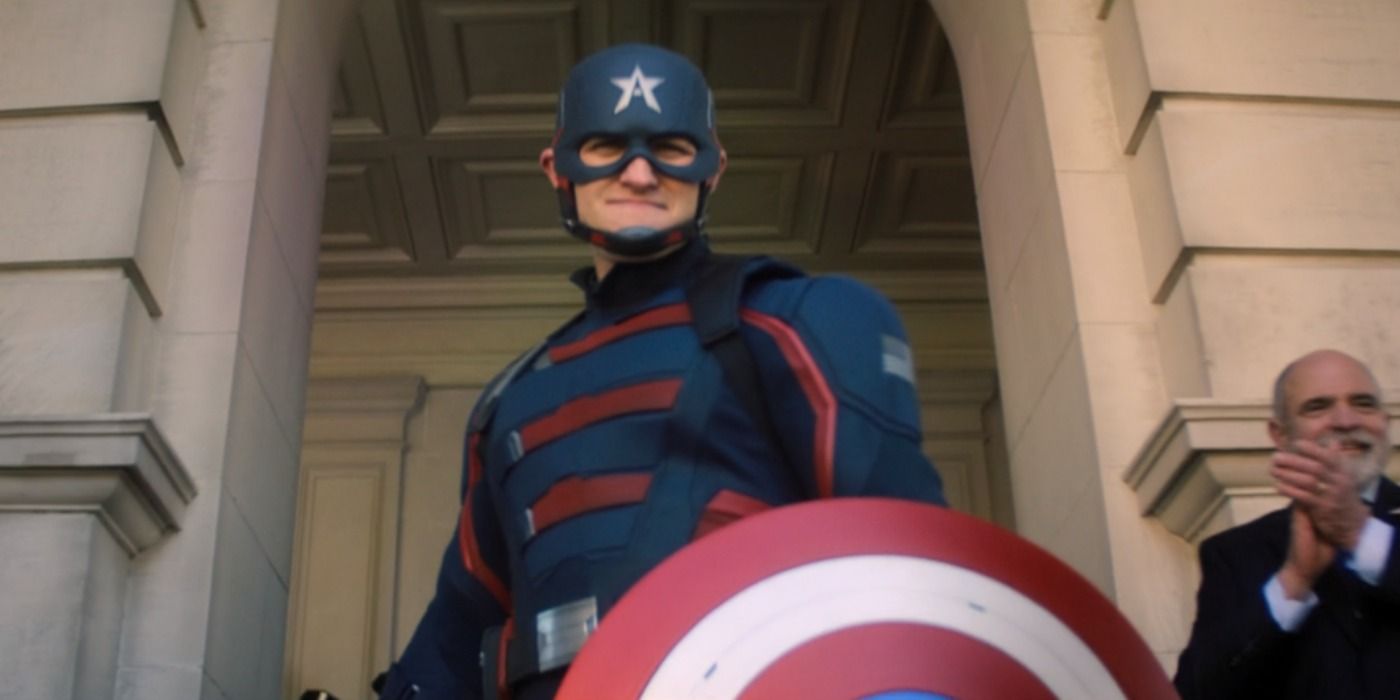 Sam was clearly blindsided by the US government’s decision to pass on Captain America’s shield to John Walker. When he gives it away at the beginning of the episode, there seems to be an implied agreement between him and the government that it will be shelved in order to honor Steve Rogers’ service. It’s clear, though, that the government had different plans all along.

One of the running themes that has emerged in Falcon and the Winter Soldier has been the need for new heroes in a post-Endgame world. Naturally, the US government isn’t looking to the series’ protagonists to step in, but it seems like they will have to do just that eventually. Baron Zemo is set to reappear and the Flag Smashers are causing trouble internationally. John Walker’s wink also seems to be a sly nod to his eventual turn into an antagonist who will go up against The Falcon and the Winter Soldier‘s titular pair. The eerie moment was a perfect way to end the first episode and Walker’s personality will surely emerge in the coming weeks.