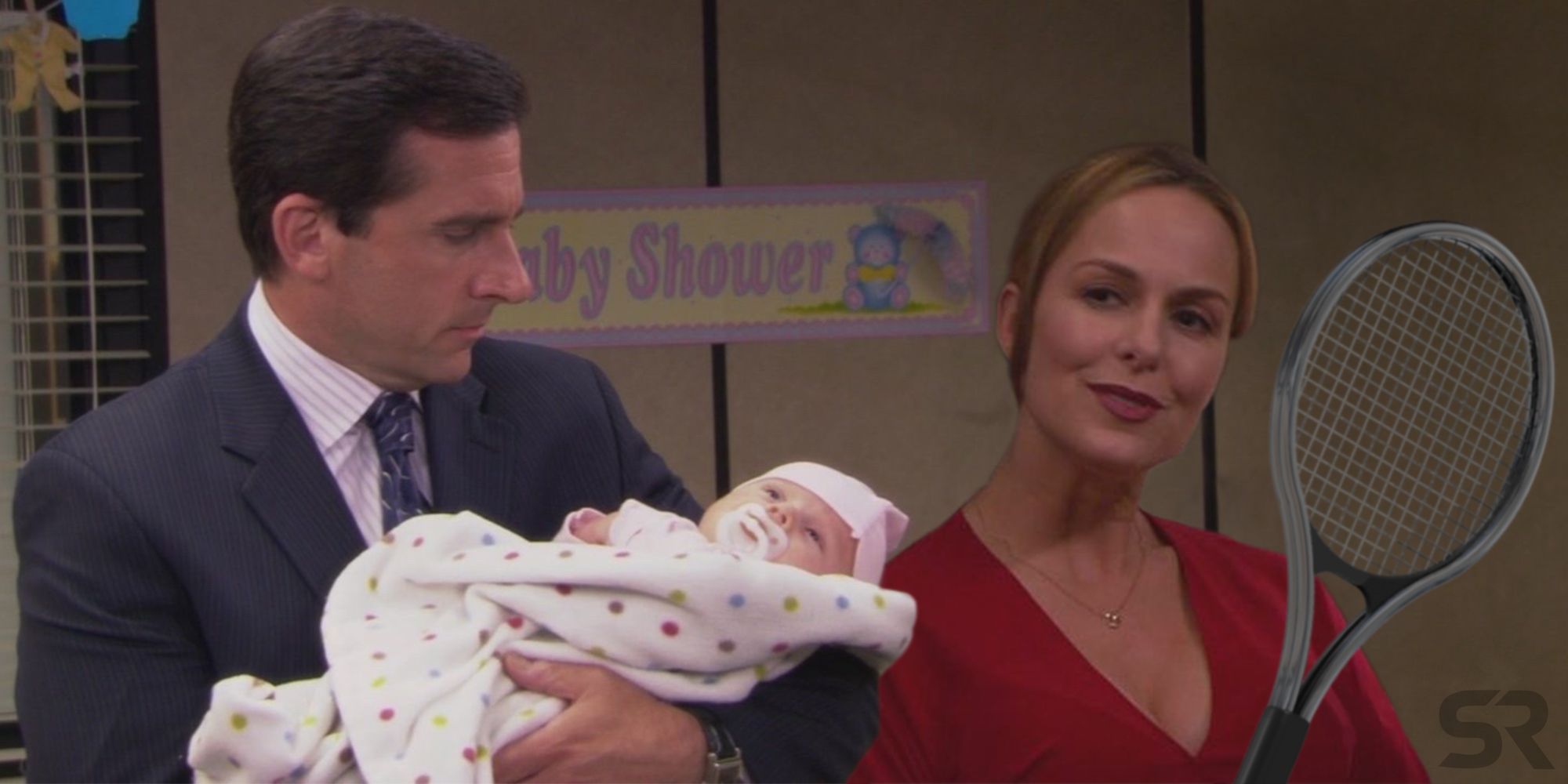 Co-star, Jenna Fischer, wondered if they had chosen Roddick because of his friendship with Office star, Rainn Wilson. She also said that Roddick “has an amazing sense of humor,” which could also factor into the choice of him as the father. At the time, Roddick was known for making appearances on numerous late night talk shows, hosting SNL in 2003, making a joke ad for This is SportsCenter, and in general not being all that worried about taking himself too seriously in the media.

The real question, of course, is whether or not any of this can be considered “canon” for The Office, since it was not officially in the episode, nor in deleted scenes. Kinsey was reading lines from a script that could have been cut out for a reason. Perhaps creator, Greg Daniels, changed his mind at the last minute and did not want Roddick to be the father, and Kinsey did not keep the revised script? Maybe there’s a newer script out there where the whole scene was scrapped, or another celebrity’s name was inserted instead of the tennis star? For all we know, Kevin Malone could actually be the father of baby Astrid. Until the producers of The Office provide clarification, fans should feel free to believe whatever they would like.