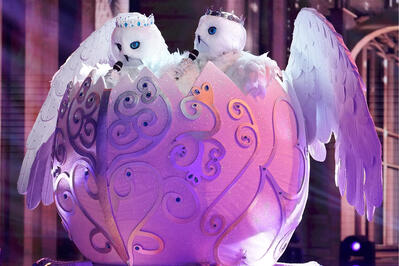 It’s the kind of news that’ll have you singing like Wendy Williams’ Lips: The Masked Singer has been renewed for Season 5 at Fox, meaning we can all officially look forward to another season of terrifying costumes. There was almost no way the wildly successful, Emmy-nominated celebrity singing competition show wasn’t getting another season, but even so, we have to take our wins where we find them in 2020.

There’s no premiere date set for Season 5 just yet, but we do know it will air sometime in 2021. The network has also not yet announced whether host Nick Cannon and judges Ken Jeong, Jenny McCarthy, Nicole Scherzinger, and Robin Thicke will return for the new season.

The Masked Singer is currently airing Season 4. Its two-hour semi-finals episode is set to air on Wednesday, with the top two contestants from each group facing off to find out who will advance to the finals. We’ll see Crocodile vs. Seahorse, Mushroom vs. Jellyfish, and Sun vs. Popcorn, and by the end of the episode three celebrities will be revealed, while three will go on to the final round. So far, this season has seen Williams, Brian Austin Green, Busta Rhymes, Mickey Rourke, Bob Saget, and more get unmasked.

The Masked Singer airs Wednesdays at 8/7c on Fox.