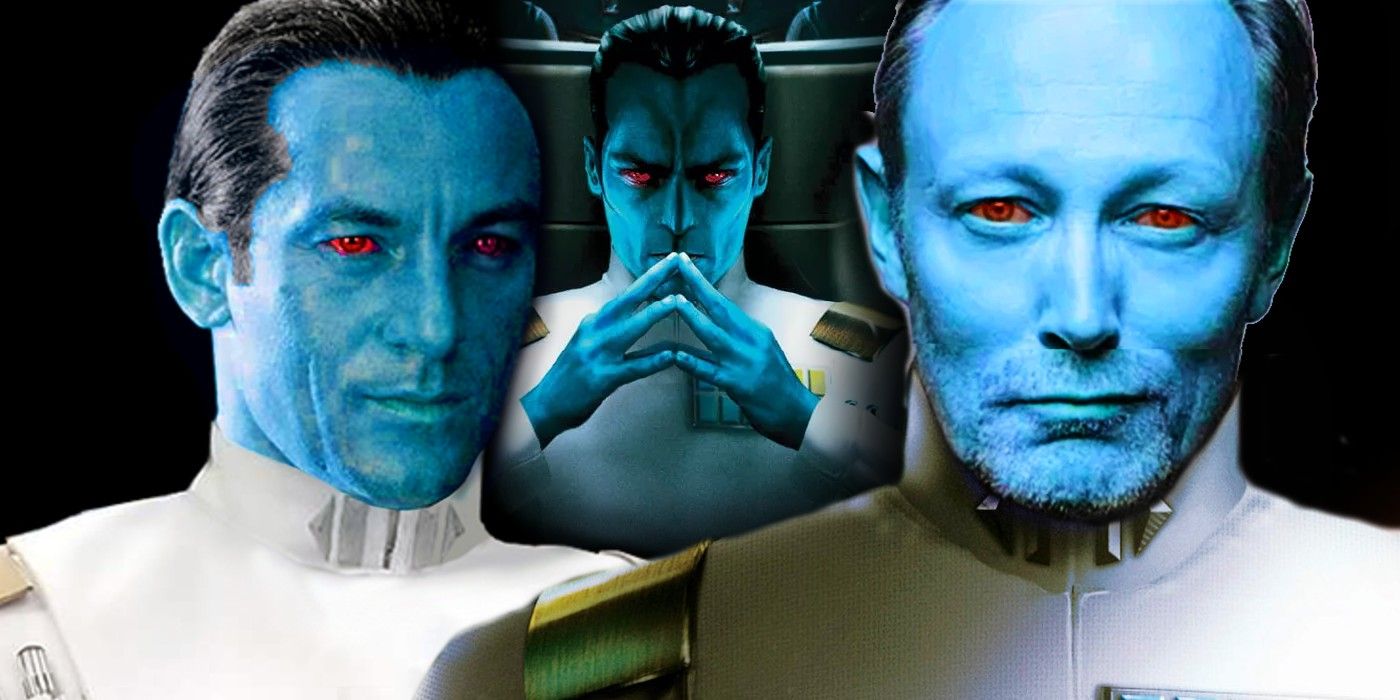 When it comes to playing villains, few are as deft as Jason Isaacs. While the star is most famous for playing Lucious Malfoy in the Harry Potter films, his roles on stage and screen are innumerable and make up a truly impressive career. Plus, Isaacs already has experience playing a bad guy in the Star Wars universe, having voiced the Grand Inquisitor in Star Wars: Rebels. Isaacs’s experience as a voice actor on other shows like Avatar: The Last Airbender would serve him well as Thrawn, and he could certainly deliver the admiral’s lines with the appropriate consideration and quiet malice.

Isaac’s connection with Lucasfilm also bodes well for a potential turn as Thrawn. Because of the overlap in production staff across different modern Star Wars projects, it would be helpful for anyone coming into a major role to already be familiar with the environment and style. Isaacs could slip into the character of Thrawn smoothly and easily, and he’d certainly deliver a performance worthy of the Grand Admiral’s reputation. Perhaps fans will get to see him take the Chiss to the screen in The Mandalorian season 3.