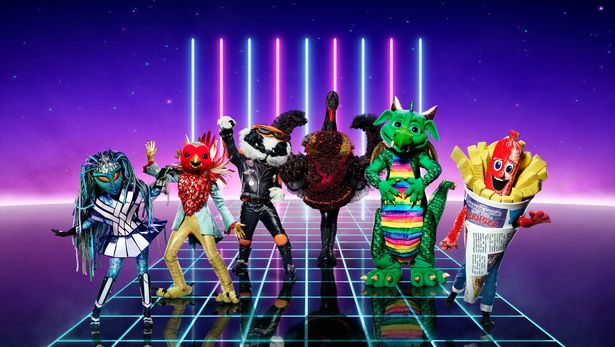 The Masked Singer made a sensational return to our screens on Boxing Day with a brand new set of celebrities hiding inside some extraordinary costumes.

Returning judges Davina McCall, Jonathan Ross, Rita Ora were joined by newcomer Mo Gilligan as they attempted to guess who was behind the mask.

But is there any point in carrying on with the rest of the series?

Armchair Sherlocks have supposedly correctly guessed the identities of all of the celebs that have performed so far, so they might as well end the contest right now.

According to the super sleuths at home, Robin is Aston Merrygold from JLS, Stacey Solomon is hiding inside Sausage and Dragon is obviously Courtney Act.

Masked Singer fans think they have it all worked out after just one episode, but they would be fools to think it’s that easy.

Taking to  Twitter  to share their thoughts and frustrations, fans insisted that they were more than certain that it was ‘Broken Heels’ singer Alexandra Burke

“It’s so obviously Alexandra Burke. No doubt about it!” quipped one watcher.

Turns out people weren’t too stupid after all as it really was Denise.

*The Masked Singer continues Saturday night at 7pm on ITV