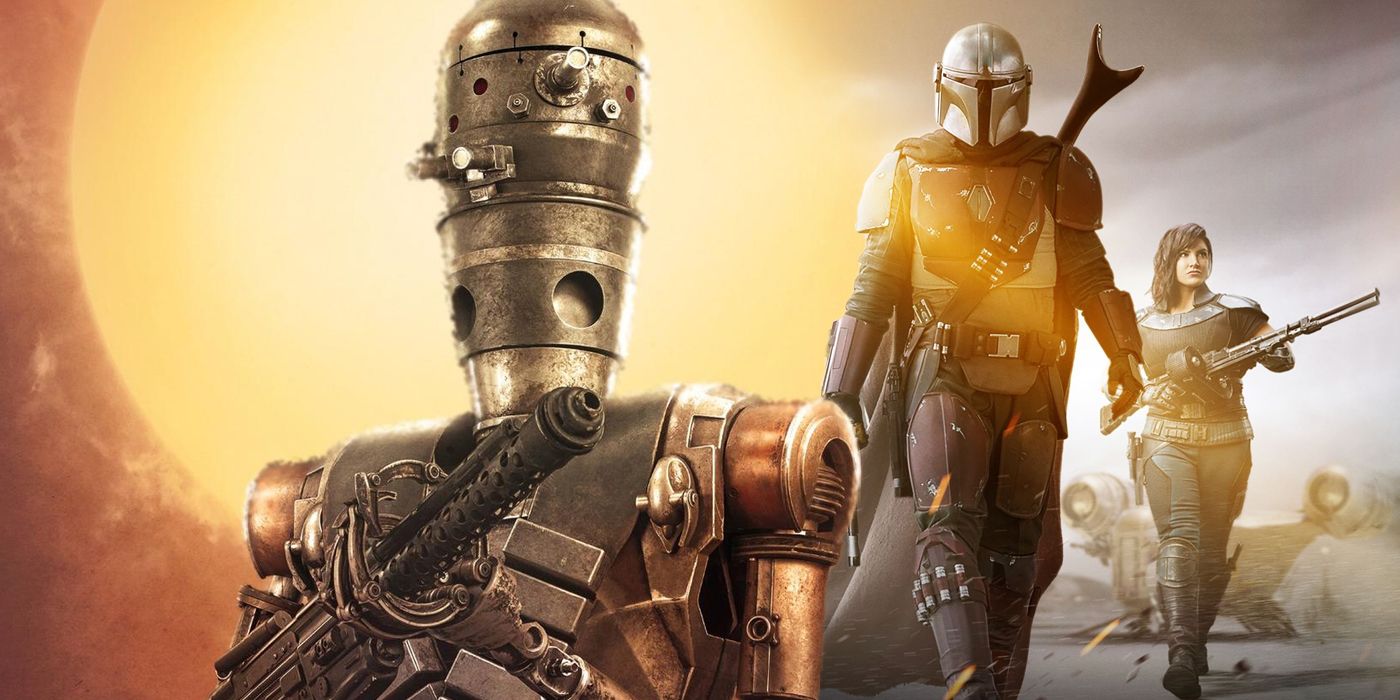 IG-11 is unique in being the only person who has seen Din Djarin without his helmet since he first put it on as a child. When the Mandalorian received a head injury in the season 1 finale, IG-11 persuaded him that it would not be a violation of the Mandalorian code for a droid to see him without his helmet, since droids are not living things. Din made an allowance for this loophole, and IG-11 used bacta spray to heal his injury and save his life. “The Siege” offers another glimpse of Din’s face (actually just his chin) when he lifts his helmet slightly to drink some soup. Baby Yoda, who has never seen his guardian’s face, is very intrigued by this.

Since IG-11 was blown to pieces at the end of The Mandalorian season 1, there’s little to no chance of him being fixed again. Still, he’s had a lasting impact that goes beyond a statue. Din, who had hated ever droids ever since they killed his parents, has softened towards the metal-skinned inhabitants of the Star Wars universe, even letting some of Peli Motto’s droids tune up the Razor Crest in his last visit to Tatooine.