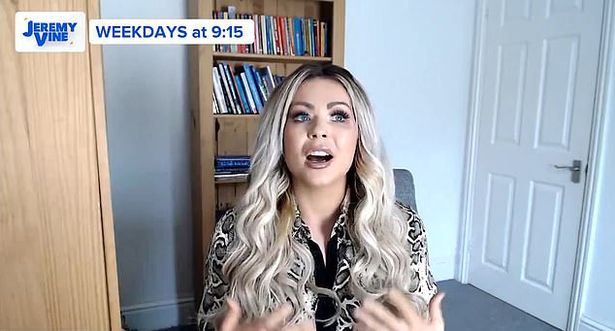 Nicola McLean has heaped praise on the Netflix series The Crown for including controversial scenes of a young Princess Diana struggling with an eating disorder.

The 39-year-old glamour model and reality TV star has lauded series four of the popular TV show for including graphic scenes of Diana battling bulimia.

The show has been hit with a level of criticism over inclusions of scenes showing the Diana character making herself sick – dividing the opinions of viewers.

During an appearance on The Jeremy Vine Show on Friday, Nicola spoke out in support of the scenes, saying they will help spread awareness of the disease and show viewers that it can affect anyone.

Meanwhile, Emma Corrin – who portrays the late Lady Diana in The Crown – has defended the inclusion of graphic scenes in the Netflix show.

She told the Radio Times: “I felt that if we were trying to depict bulimia in an honest way, we had to actually show it – otherwise it’s a disservice to anyone who has been through that.

“I don’t think we should shy away from those conversations; Diana was very candid about her experience with bulimia and I so admire that.”