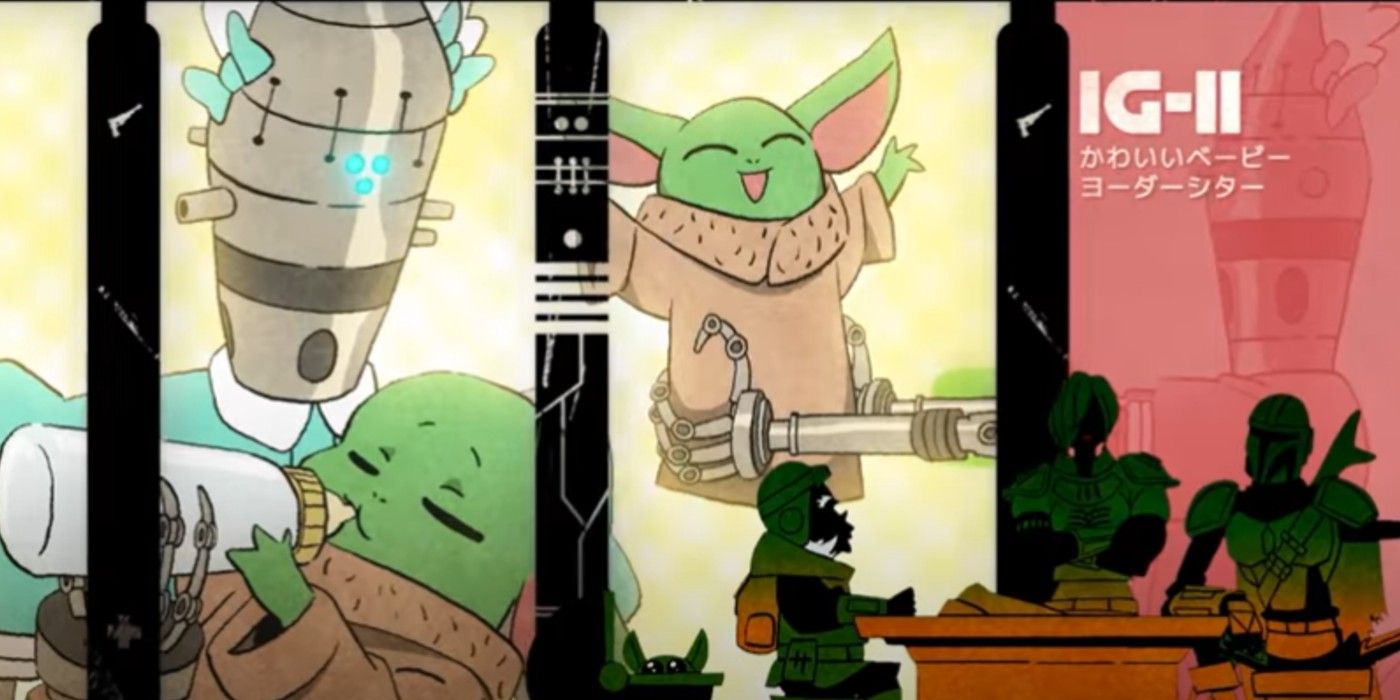 The Mandalorian’s opening credits get a Cowboy Bebop makeover. The Mandalorian is Disney’s live-action Star Wars series, and has been praised by critics and fans alike for its endearing characters and action-packed storyline. In addition, The Mandalorian recently walked away with from the Primetime Creative Arts Emmy Awards with multiple wins, further solidifying it as an invaluable Star Wars project.

The Mandalorian follows the story of the eponymous Mandalorian (Pedro Pascal). The bounty hunter is initially charged with tracking down and bringing back the Child, aka Baby Yoda. However, the Mandalorian quickly experiences a change of heart and instead becomes Baby Yoda’s adoptive father. As such, while the two set out on a series of adventures together, the Mandalorian vows to protect the Child at all costs.

YouTuber Malec has uploaded an incredible video showing The Mandalorian’s opening scene in the style of anime Cowboy Bebop. The video features a catchy, fast-paced theme song playing in the background. It also highlights various familiar faces, including the Mandalorian, Baby Yoda, Cara Dune (Gina Carano), and Moff Gideon (Giancarlo Esposito). You can check out Malec’s cool twist on The Mandalorian below:

Malec’s mashup of The Mandalorian and Cowboy Bebop is certainly an intriguing one. Cowboy Bebop is widely considered one of the best anime series ever created, even if it only consisted of 26 episodes. The sci-fi anime centered around a group of bounty hunters, who travel around in their spaceship, the Bebop. Cowboy Bebop’s central story arc centers around protagonist Spike Spiegel, an ex-hitman who is locked in a rivalry with a criminal named Vicious. The series ends with an intense battle between the two; Spike manages to kill Vicious, but is wounded in the process. Cowboy Bebop concludes on a somewhat ambiguous note, with Spike stumbling outside before collapsing to the ground. That being said, The Mandalorian and Cowboy Bebop actually have quite a bit in common, as both shows spotlight likable characters and addictive stories. As such, perhaps Malec has the right idea by creating this unexpected — but highly welcome — crossover video.

The Mandalorian season 2 will start in just a few days, and fans are beyond excited. A number of Star Wars characters have already been reported for the upcoming season, including Ahsoka Tano (Rosario Dawson) and Bo-Katan Kryze (Katee Sackhoff). There’s a lot riding on the line for the Mandalorian and the Child, and it’ll be interesting to see how their adventures continue.

The Mandalorian season 2 will air on Disney+ on October 30th.