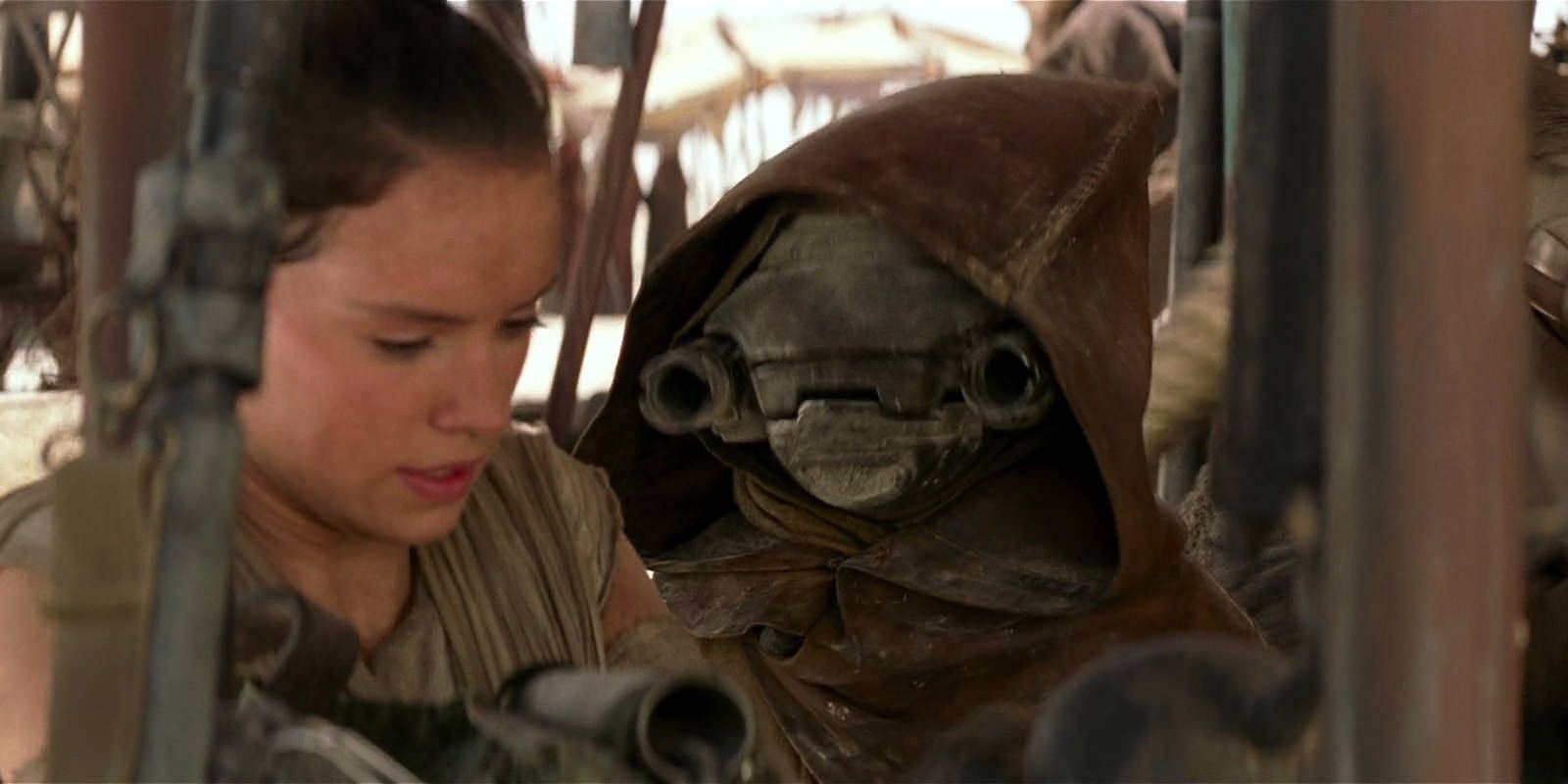 Here are all the Star Wars Easter eggs from the second installment of The Mandalorian season 2. Din Djarin and Baby Yoda made their glorious return last week in “The Marshal,” an episode that finally confirmed Boba Fett’s survival and introduced Cobb Vanth to the world of live-action. With Timothy Olyphant’s space sheriff and a caravan of Tusken Raiders in tow, Mando vanquished one of Tatooine’s fabled Krayt dragons and earned Fett’s abandoned Mandalorian armor in return, as well as a hefty chunk of dragon meat for his small, green companion. Following the precedent set in The Mandalorian season 1, the season 2 opener was packed with references to the Star Wars universe, including a cut character from The Force Awakens, a direct mention of the Force, and a major Obi-Wan Kenobi callback.

The Mandalorian season 2’s latest offering sees Din Djarin find a new lead in his hunt for other Mandos, but in exchange for that information, he must ferry a frog lady and her spawn to Trask without entering hyperspace. What sounds like a simple (if somewhat arduous) task turns into the journey from hell, forcing Mando to contend with New Republic jobsworths, giant spiders, and a bratty Baby Yoda. As usual, the heroes barely make it out alive.

Wherever Mando goes, Baby Yoda goes, and wherever The Mandalorian goes, so does a wealth of Star Wars Easter eggs. This is the way. Through all of the action and surprises, these are the Easter eggs hidden within The Mandalorian season 2’s “The Passenger.”

Cruelly denied another delicious, endangered frog egg, Baby Yoda finds his snacky-snack elsewhere. Unfortunately, the young troublemaker munches on the offspring of a giant ice spider, and the entire family give chase. Although these white spiders are confirmed to be a new addition to the Star Wars world, they’re based on decades-old Ralph McQuarrie designs for The Empire Strikes Back. The original creatures were ultimately cut from the 1980 Star Wars sequel, but The Mandalorian has a way of repeating history, and these angry arachnids are a homage to McQuarrie’s original work.