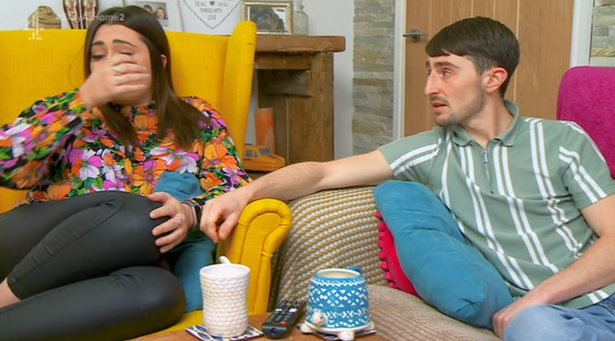 The 24-year-old watches the telly with her brother Pete, 26, and the Northern duo always have viewers in stitches with their cheeky quips.

But it was a rare sombre moment for Sophie as she suddenly burst into tears, being comforted by her big brother.

Sophie works as a window dresser, and as the new lockdown closed all non-essential shops, Sophie was utterly terrified she would lose her job.

“It’s just sad isn’t it,” she replied, wiping away her tears. “It’s just s**t for everybody, it’s going to get even worse, more people are going to lose their jobs and things like that, it’s just awful.”

Pete said: “Aww don’t get upset kid, don’t because you’ll set me off!”

Viewers took to Twitter to share how much they felt for Sophie, as one wrote: “Poor little Sophie. What a lovely sweet lass she is.

“Breaking her heart over everything people are going through because of #covid19 and #lockdown2uk What a lovely soul. Pete is adorable too, making a fuss of her. Awwwwwwwwwww. My heart.”

A third added: “The whole nation just took a big breath as they watched #[email protected] little sister Sophie get emotional about the impact of #lockdown2uk. I was OK until I saw that”.