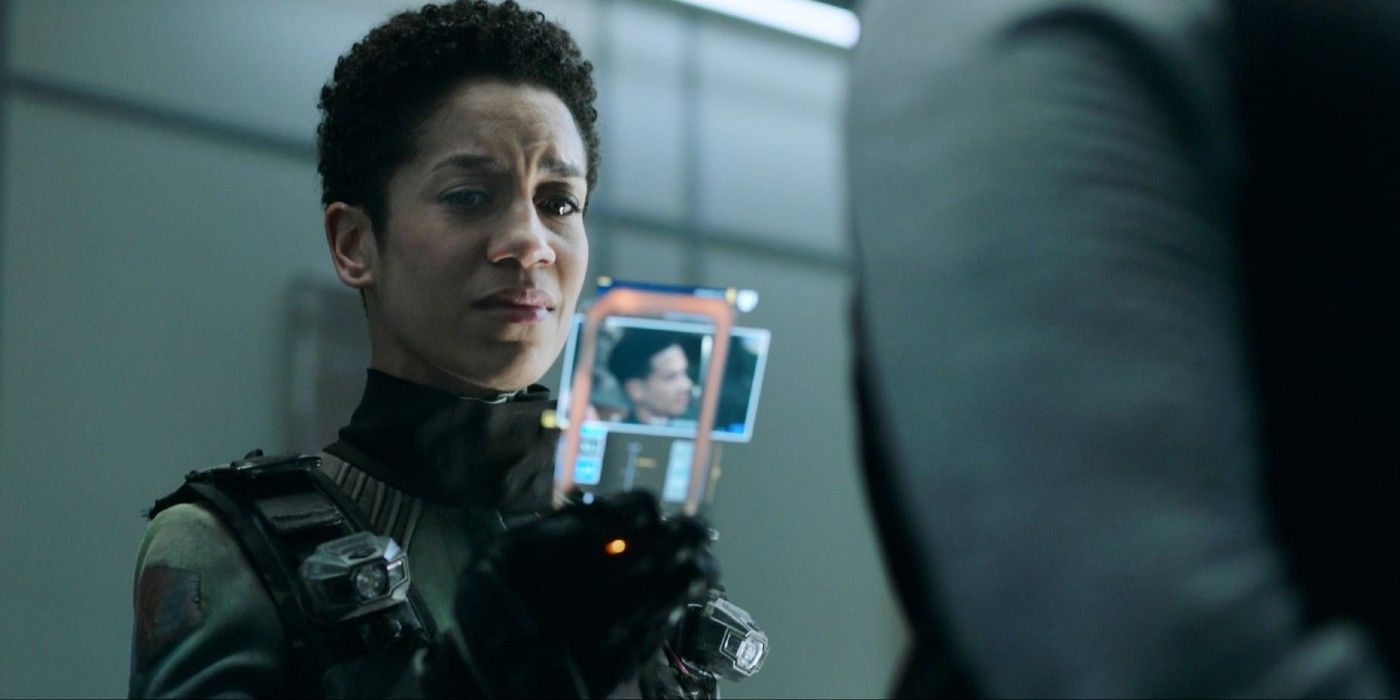 After being betrayed by her son, Naomi indeed experienced a harrowing, heartbreaking conclusion to her attempts to save Filip’s soul. But despite the emotional tragedy, she was able to pull through like a hero and modify the fake distress call on the Chetzemoka in episode 508, “Hard Vacuum”. This doesn’t, however, doesn’t mean that Naomi has put everything that happened on the Pella behind. In fact, the heartbreaks she suffered are probably going to haunt her for the rest of her life. But moving forward, Naomi will put her emotional traumas aside and pull herself together to refocus on her Rocinante family, which Tipper believes is now Naomi’s ultimate priority.

The thing I will say, without spoilers, that is she is willing to do whatever it takes to save her family. She will go to extremes for that. That’s all I’ll say.

The recent episodes of The Expanse season 5 have focused squarely on Tipper’s character, introspectively exploring Naomi’s backstory and poignant family arcs. This new narrative strategy has given Tipper the textured material that she did not have before. And Tipper too has responded well to this newfound attention, showing a great range of emotions that seamlessly capture Naomi’s mental and emotional ups and downs. Tipper delivered a flawless performance during Naomi’s confrontation with Filip and now it will be interesting to see how she will reinvent the character to stand true to Naomi’s emotionally-scarred disposition. Naomi’s vulnerability and her desperate attempts to reconnect with her son have reached a devastating climax. And Tipper’s disclosure it’s clear that the situation is pretty much a done deal. What remains to be seen is how Naomi will recover from her grief and how will she reunite with her Rocinante crew. Hopefully, fans will get their answers in the remaining two episodes of The Expanse season 5.