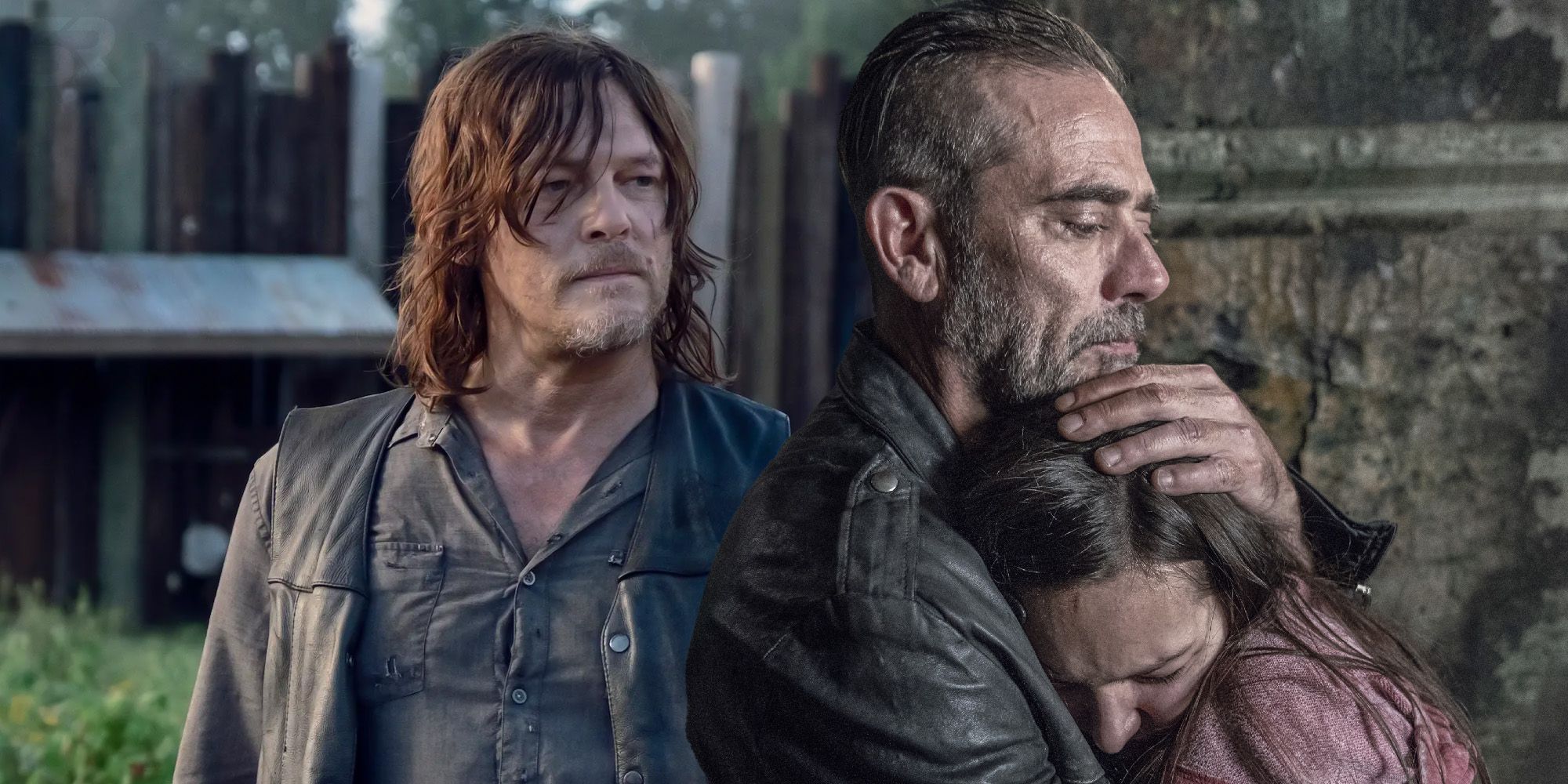 A new trailer for The Walking Dead’s extended season 10 has been released, giving glimpses at the rising conflict with the Commonwealth and some origin story for Negan and Lucille. The six new episodes will begin airing weekly on AMC on Sunday, February 28. The episodes will premiere early each week on the premium streaming platform AMC+, starting Thursday, February 25, and continuing every Thursday leading up to the next episode’s release.

After the survivors’ brutal war with the Whisperers, Daryl (Norman Reedus), Carol (Melissa McBride), Maggie (Lauren Cohan), and the rest of the core was left to heal and rebuild when the shows last left off. Unfortunately, more threats continue to abound – both from the walkers and the mysterious human faction known as the Commonwealth. The six new episodes promise more emotional personal storylines and the resurgence of some old ones, hopefully delivering all the character drama and zombie-slaying action fans have come to expect from the series.

All of those parts of the show are on full display in The Walking Dead’s new trailer for the extended season 10. Posted to the Walking Dead YouTube channel, the footage shows the core crew recovering from the recent ordeals and shows several new dangers on the horizon. The Commonwealth and its imposing armored soldiers are on full display, and Maggie seems to be looking for some permanent revenge on Negan (Jeffrey Dean Morgan). The trailer even foreshadows some flashbacks to tell Negan and Lucille’s origin a story – one of the more famous parts of the comics. Hilarie Burton Morgan, Jeffrey Dean Morgan’s real-life wife, will play Lucille in the new episodes. Robert Patrick will also appear as a new character called “Mays.”

Hopefully, the six-episode stretch will tide fans over until season 11 arrives. Robert Kirkman has promised lots of Daryl and Carol for the rest of the series, which will officially end after season 11’s planned 24 episodes. A spinoff show starring Daryl and Carol is already in the works for when The Walking Dead finally comes to a close.

Even when that day comes, though, the TWD universe will keep blazing indefinitely. Current spinoffs Fear the Walking Dead and The Walking Dead: World Beyond are both going strong and have developed distinct fan bases of their own, in addition to those diehards who watch all three. AMC also still has plans to produce a series of Rick Grimes theatrical films. With the future of The Walking Dead in good hands, fans can look forward to more compelling drama in the rest of season 10.