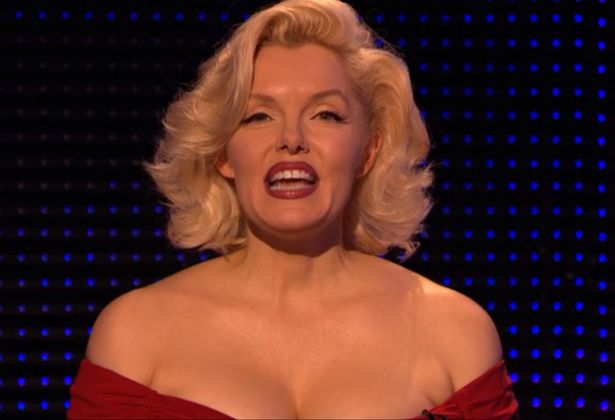 The Chase had viewers doing a double-take on Wednesday, as the contestants were all celebrity lookalikes.

The ITV show, hosted by Bradley Walsh, often had a celebrity special but this time it was the turn of those who believe they are the ‘twin’ of the rich and famous to show off their quizzing prowess.

While Rod Stewart has shown an impressive longevity with his music career, the same could not be said of his impersonator, Gerry, who was quickly eliminated by Chaser Shaun Wallace, who is known as The Dark Destroyer.

Two other contestants came as Adrian Chiles and Mackenzie Crook who played Gareth in The Office, as well as Worzel Gummidge in his reboot of the children’s show.

It was Suzie as Marilyn Monroe that got the Twitterati hot under the collar and bothered about the questions that she received.

One tweeted: “Well I used to enjoy watching the Chase, but having seen Suzie the wannabe “celebrity” on it, I’m done. Easy questions and she just acted it all. Just garbage.”

Another added: “I watch The Chase everyday. The questions are never that easy for high offer prizes. And if they are, it’s the first question that’s the easiest.”

The Marilyn lookalike was soon defended on the social media site with one cutting the trolls down to size with a withering tweet.

They wrote: “Lot[s] of people being triggered by a successful, attractive female tonight – I wonder why…”

As it turned out, it was all in vain as the Chaser made easy work of the final target, after the contestants could only get 11 correct in the final.